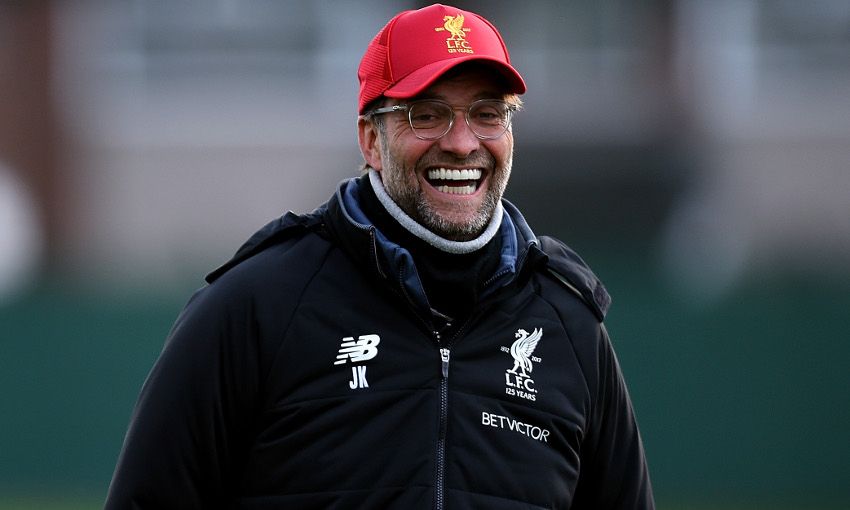 Pako Ayestaran has been keeping a close eye on Liverpool’s development under Jürgen Klopp - and the club’s former assistant manager is ‘so impressed’ by what he has seen so far.

The Spaniard, who served as the Reds’ No.2 from 2004 to 2007, still regularly watches his former team from afar, and last season returned to Anfield to take in a 2-1 win over West Bromwich Albion.

The performance Ayestaran witnessed that day left him in no doubt that the current crop are in good hands under Klopp, a man whose work he has long admired.

“I have really enjoyed watching them since Jürgen came,” he said in 'Back at Melwood... with Pako Ayestaran', which premieres on LFCTV on Monday April 2.

“I have followed many games on the television and I think the first game I attended live was last season against West Brom.

“I was so impressed by the pace, the exchange of positions [while] keeping the balance of the team. The team has the right mix of pace, aggressiveness, positional game.

“I remember that week, they [also] played a midweek [League Cup] game against Spurs. Liverpool tinkered the line-up but, despite 10 or 11 changes, the team played mostly at the same level and it was great to see.

“To be honest, I really like [Klopp]; I followed him before when he worked in Dortmund and I think he is doing great.”

Liverpool’s maiden Champions League campaign under Klopp has seen them top their group and then brush Porto aside in the last 16 to set up a quarter-final meeting with Manchester City.

And Ayestaran sees no reason why the Reds can’t go all the way in the competition on the evidence of their performances thus far.

“The Champions League doesn't allow you any mistakes, you have to be focused, determined in every half game you are going to play,” he added.

“In this case, I think Liverpool has the quality and the level to go all the way. If they are as focused and determined as they have been until the last game, then why can't they go all the way?

“In a knockout competition, anything can happen.”

Tune into LFCTV at 5.45pm BST on Monday April 2 to watch the premiere of 'Back at Melwood... with Pako Ayestaran'. An extended version of this unmissable show will be available on demand on LFCTV GO 24 hours later. Head to liverpoolfc.com/watch for more details.