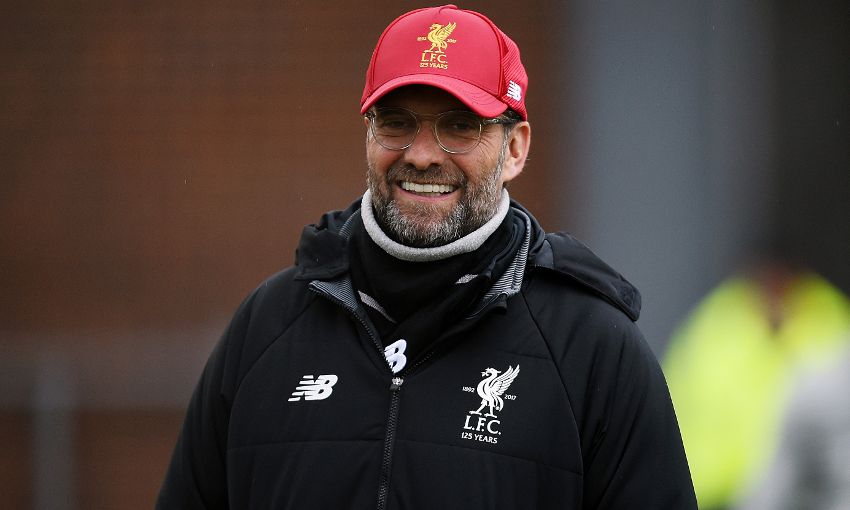 Jürgen Klopp offered his reaction to Liverpool being paired with Manchester City in the quarter-finals of the Champions League on Friday and insisted: ‘We will give it everything’.

The Reds were drawn to face their north-west neighbours in the last eight of the competition, with the first leg due to be contested at Anfield on Wednesday April 4 and the return taking place in Manchester on Tuesday April 10.

Speaking exclusively to Liverpoolfc.com immediately after the tie was confirmed, Klopp said: “I’ve said it before and it’s still the truth, it’s always common in a draw that you’ll get your neighbour, more or less, but to be honest I don’t mind, really.

“It is exactly like it was before – we take what we’ve got. Now it’s Manchester City, let’s go.

“We’ve lost once and we’ve won once against them in the league – and I don’t think they thought before the best draw they could have got is Liverpool. That’s a sign for us and how strong we can be.

“We are for sure not the favourites in this round, but in the last eight there are not a lot of favourites – maybe two of them, Bayern and Barcelona – but thank God it’s football and nothing is decided.

“We have a few games to play until then, but I am really looking forward to it and we will give it everything.”

Just six days separate the two legs, and Klopp doesn’t feel hosting the first game will make too much difference to the final outcome of the tie.

He said: “In this case, it’s not too important. For us, it’s completely normal. We can get a result at home for sure, but it’s obviously a difficult game – but good news for both teams.

“It is like it should be in the last eight. It was clear we would face a strong team. Now we have Man City. The good thing is they are the team we know most about. It’s not too cool for England because now only one team can go to the semis. But we will try everything.”

One thing that is certain is a vociferous atmosphere at Anfield for the initial meeting between the Reds and Pep Guardiola’s team.

Asked whether he felt a special night was in store, Klopp replied: “100 per cent! We are already looking forward to that. And it’s a nice, short trip for our supporters when we go to City.

“I know our away fans are fantastic, so that will be a great atmosphere as well. They are two really good games and a big challenge for both sides – but, that’s like it should be.”

Matchday hospitality packages for the home leg at Anfield are on sale now and include your match ticket. Visit hospitality.liverpoolfc.com for more details.