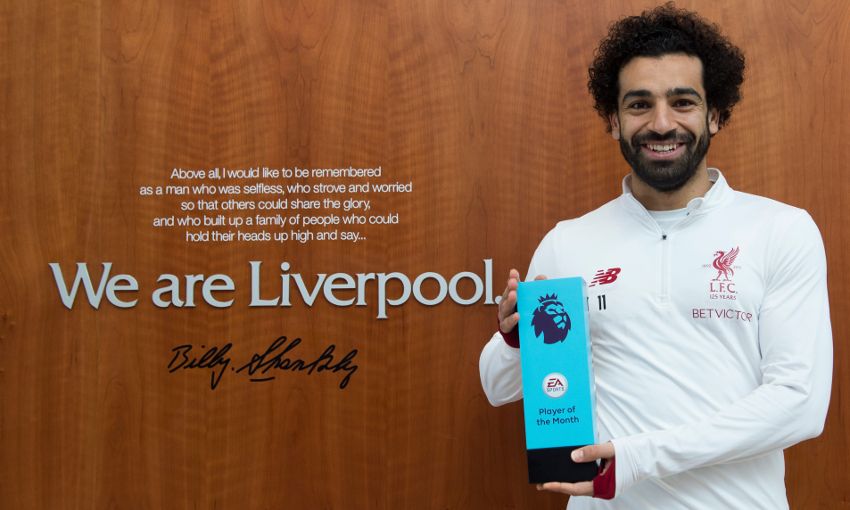 Mohamed Salah has been named Premier League Player of the Month for February.

The Liverpool forward scored in each of his three top-flight appearances last month, with his four goals helping the Reds to claim two wins and a draw.

Upon being presented with the trophy at Melwood, the No.11, who also won the prize in November, said: “It’s nice to win it again for the second time.

“That’s something good, but in the end I say I always try to help us to reach the three points and be in a better position, that’s the most important thing. But it’s something individual, this award, and it’s nice to win it again.”