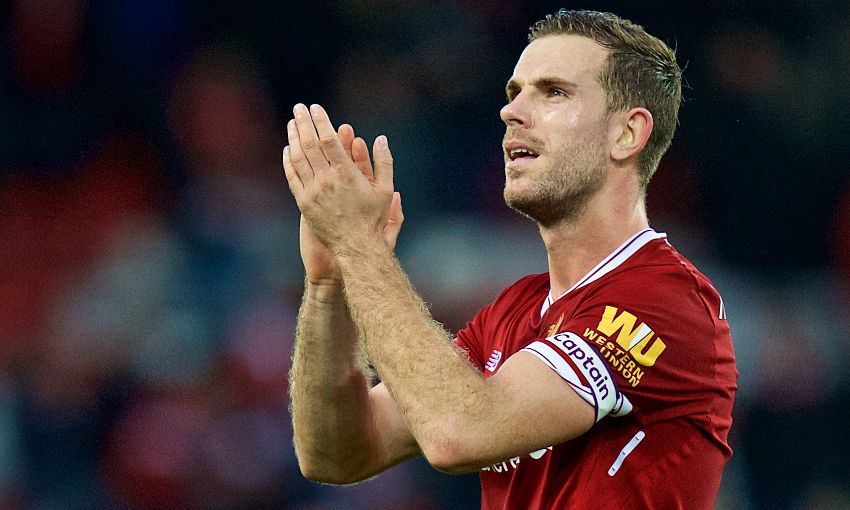 Liverpool will ‘100 per cent not allow’ any complacency to creep into their performance against FC Porto this evening, Jordan Henderson has stated.

The Reds hold a 5-0 lead from the first leg of the last-16 tie – a result achieved at the Estadio do Dragao three weeks ago – and are, therefore, firm favourites to move into the quarter-final draw.

However, the message from the captain is clear – there is no room for any let-up in Liverpool’s performance level this evening.

Henderson wrote in ‘This is Anfield’: “We have to recognise the responsibility we all have to treat this game with the respect it deserves.

“Before the game begins, everyone should look up at the scoreboard – because that will tell us everything we need to know about the mentality required for this contest. The scoreboard will read 0-0 – and that’s where all our heads have to be. It’s a brand new game, one where we have no lead or advantage and we have to go out there and win the individual and collective battles all over again, and try to win another really tough football match.

“I’ve kept an eye on Porto’s results since we played at their ground and they’ve been absolutely flying domestically. They’ll bring that momentum to Anfield and I think they’ll really fancy this. I know – in fact I can say with 100 per cent certainty – complacency won’t be allowed inside our dressing room at any point.

“I know – again with the same certainty – our supporters are too experienced in this competition to believe that a tie is over until the very last kick of the second leg. Liverpool supporters respect the Champions League as a competition far too much to underestimate any opponent or take any 90 minutes for granted.

“We have an opportunity tonight to make a statement about our intent and our mentality as a team and as a club. This presents the chance to show we all have a winner’s mentality; a ruthless streak to us that wants to win every race, every tackle, every header, every personal battle and ultimately every contest.”