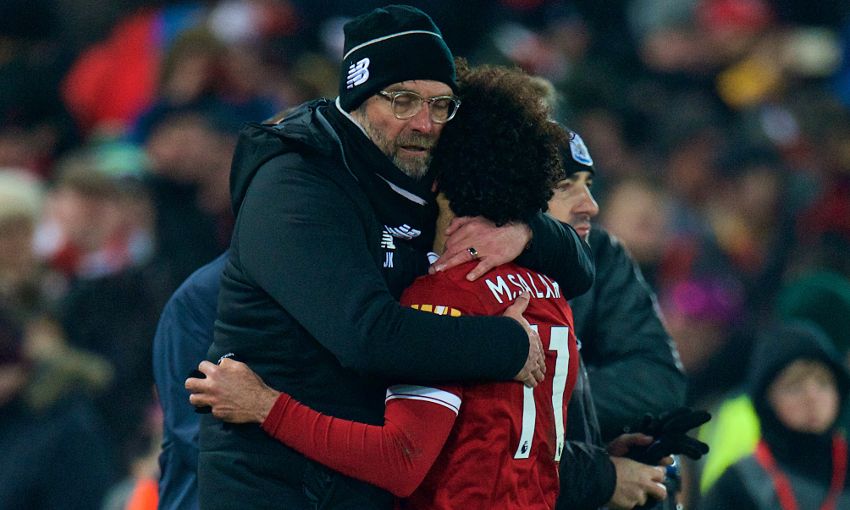 The Liverpool No.11 claimed the 32nd strike of his debut campaign with the opener in Saturday’s 2-0 victory over Newcastle United at Anfield.

Collecting Alex Oxlade-Chamberlain’s well-judged pass inside the area, Salah threaded a finish between the goalkeeper’s legs to set the Reds on their way to a result that lifted them up to second in the Premier League table.

The Egyptian’s numbers have dwarfed anything he has previously achieved in his career, and Gerrard feels a large portion of the credit should go to Klopp.

“In my younger days I’d be running round everywhere on the pitch trying to impress. But as I got a bit older I started getting a bit more selfish, making runs centrally,” explained the Liverpool legend and U18s coach.

“If the ball went out wide, always attack areas where you can get goals. That’s where my numbers as a midfielder grew. And that’s what Jürgen has done to him.

“When Jürgen signed him he has said to him, ‘I don’t want you stuck out wide on the wings creating for other people, I want you to be the main man. You’re going to be the top scorer in this team, so attack the sticks and attack central areas.’”