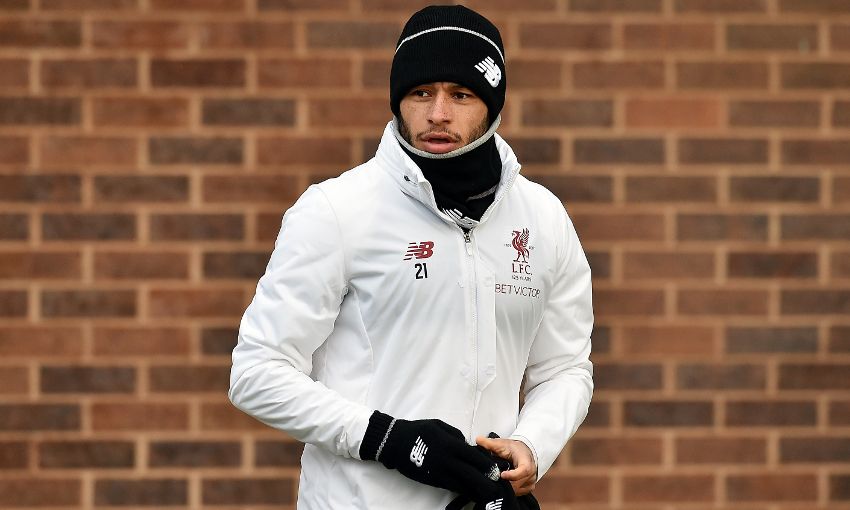 'I need to be vocal' - Virgil van Dijk on leadership

‘Doing the right things, the hard stuff,’ will be key to Liverpool picking up three points against Newcastle United this afternoon, Alex Oxlade-Chamberlain explained as he highlighted why any let-up in intensity will be punished in the Reds’ final 10 Premier League matches.

Jürgen Klopp has stressed recently why the uniquely competitive nature of this season’s top flight means most teams are entering the final straight with plenty still to play for.

Among those are Newcastle, who are aiming to retain their Premier League status after gaining promotion last term – and Oxlade-Chamberlain knows they will journey to Merseyside today determined to clinch something to bolster those prospects.

“They’re another team that’s got quality, can play good football and have got good players,” he told Liverpoolfc.com at Melwood this week.

“I remember the game from earlier on in the season at their place; it was a difficult game and maybe a disappointing one for us. We didn’t maybe have as many chances as we’ve had in other games, but enough to win the game. We limited them to a few, but with their quality, again you can be punished in this league. They have players that can do that and they also defended well.

“Ultimately, it’s a game that we’re going to go out there and be really positive with and be looking to win. But we have to do the right things, the hard stuff, work hard and match them physically because it is getting to that point where everyone is battling for their own targets and challenges – and Newcastle will be battling hard.

“They’ll be right up for the game and whatever challenge they pose us – whether they come at us or whether they make it difficult – we’ve got to be ready for both sides of it and hopefully get the right result.”

Oxlade-Chamberlain added: “Every game is massive for us. It’s always the old cliché of one game at a time, it’s always the next three points, but it’s the only way you can look at it – every game is a tough game.

“Every team has got players that can hurt you, that can produce magic when they need it. It is massive for us to win all the games that come at us, or get the best results we can. With the quality of the other teams around us, teams will capitalise on slip-ups – so we’ve got to make sure we’re on the right side of them.”

Liverpool sit third in the Premier League table heading into the latest round of fixtures, two points behind Manchester United and the same number ahead of Tottenham Hotspur.

The compact nature of the standings means any team with top-four aspirations can ill-afford any slip-up, with Chelsea and Arsenal just outside the leading quartet of places in the standings.

“It has become more and more competitive and I think that’s the way the Premier League is going,” said Oxlade-Chamberlain. “It’s a credit to the league how competitive it is and how high the standard is.

“We’ve got ourselves right in and amongst it and we’re in a good position right now to have a good finish. We’ve just got to stay focused on ourselves, making sure we can see it out as well as possible and have a good run-in.

“It’s tight at the top, but that’s what we’re here for and hopefully we can keep the pressure on and stay in a good position.”

Liverpool go into this afternoon’s contest on a three-match winning streak, which has yielded 11 goals.

And naturally, Oxlade-Chamberlain admits confidence within the squad is high.

“We’ve definitely got a lot of confidence,” he stated. “We always know we have the ability, and with the boys up front, you can always have confidence in them to produce magic when you need it.

“We know if we perform at the levels the manager demands from us – on and off the ball – then we’ve got the quality in the team to get results, it’s just maintaining that 110 per cent work ethic, as they say, because in this league you need it.”