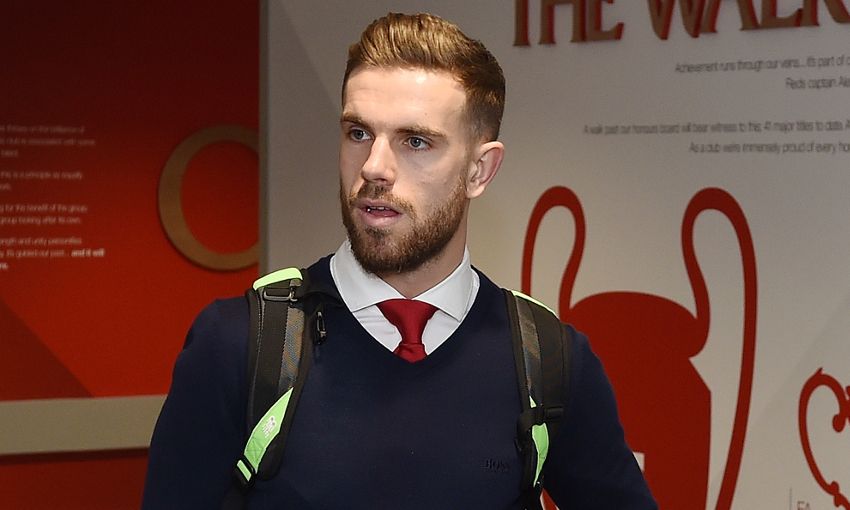 A minor fitness issue meant Jordan Henderson did not feature against West Ham United as a precaution.

The Liverpool captain was an unused substitute in the 4-1 victory at Anfield on Saturday afternoon.

“Hendo has a little issue, really not a lot, and Emre [Can] has [eight] yellow cards,” said Jürgen Klopp.

“If he got a yellow card then Hendo plays the next two games. I tried to deal with it a little bit.

“Hendo is in outstanding shape as well. He had a few days off in the break, he couldn’t train constantly because of different things but it is all good. He should usually play.”