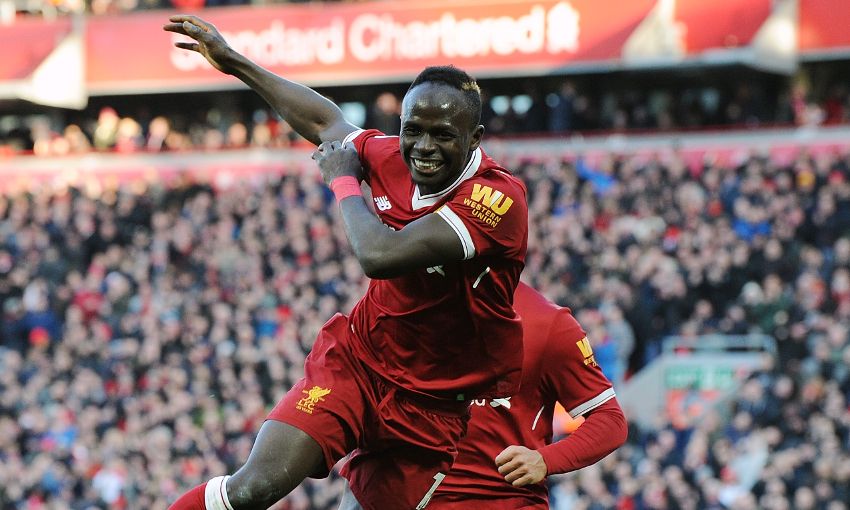 Sadio Mane was rewarded for a refusal to let missed chances affect him in Liverpool's 4-1 win over West Ham United.

On the Reds’ return to Premier League action, Emre Can opened the scoring at Anfield with the only goal of a chance-filled first half.

Jürgen Klopp’s side built on that breakthrough in the second period and efforts from Mohamed Salah, Roberto Firmino and Mane – after the No.19 had previously struck the post when one-on-one with Adrian – rendered Michail Antonio’s strike a consolation.

“When we scored three and I missed the chances, in my head it was more important that we were winning,” the Senegal international told Sky Sports.

“It was a good goal for me. I never doubt in football, you always have to be positive. That’s what I try to do and finally I scored.

“We started well. It was not easy to score the first goal but we tried and tried again. In the end, we scored. That was the key – the game was a little bit open then.

“We tried again, created many chances and at the end got four goals, so we deserved to win.”

The result lifted Liverpool up to second in the Premier League table ahead of the meeting between Manchester United and Chelsea on Sunday.

But with 10 games still to go, Mane does not want to discuss potential finishing positions yet.

“It’s too early to speak about possibilities,” he said. “But it’s football, everything is possible. We’ll take it game by game and try to win. We don’t know what place we’re going to be in.”