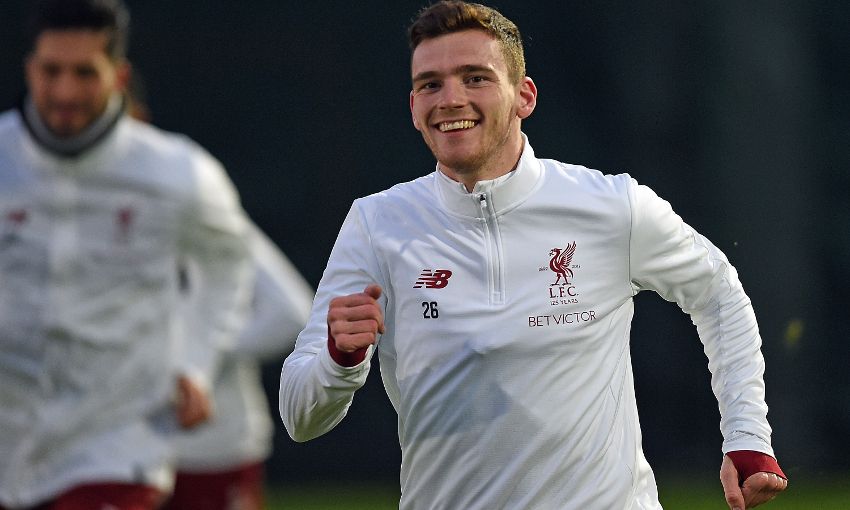 Gary McAllister knows one when he sees one, and the former Liverpool midfielder has no doubt that the club have found a gem in the form of his compatriot Andy Robertson.

The left-back has started 12 matches for the Reds since the beginning of December after a patient wait for an extended chance in the side following his summer transfer from Hull City.

McAllister has tracked the Scotland international’s progress since his formative steps north of the border – and believes Robertson has reached the level his ability warrants.

“I’ve followed Andy right from Queen’s Park. I was working up in Scotland when he first signed for Dundee United and he was getting more exposure. I became a fan then,” he told Liverpoolfc.com.

“It was no surprise to see that clubs from England were interested and he went to Hull City. I’ve enjoyed looking at his development and watching his pathway.

“He was rejected as a kid at Celtic, went part-time at Queen’s Park, got a chance at Dundee United and took it, went to Hull and took the opportunity, and now he’s at one of the biggest clubs in the world.

“I’m really pleased for him. As a fellow Scot, it’s great to see a Scotsman producing at Anfield. I think we’ve got a proper player – he’s an outstanding player as far as I’m concerned.”

Robertson’s journey to Anfield included spells playing in Scotland’s fourth tier and top flight plus, later, the Premier League and Championship with Hull.

Along the way he graduated to full international honours, and McAllister makes no secret of his delight with seeing a fellow Scot fulfil his potential.

“I think he will go on to get many caps for his country as well,” the 53-year-old added.

“I’m just glad to see that we’ve got players that can come down here and make an impact at the top end of the Premier League.”

Robertson got goosebumps when Anfield roared his name in approval during January’s thrilling 4-3 win over Premier League leaders Manchester City.

The No.26 has won the respect of Reds fans by virtue of his endeavour on the pitch, though McAllister feels the defender’s predecessors laid down helpful foundations for a smooth transition.

“It’s historic at this club. There is something, I don’t know what it is or how it happens, but there is a definite connection between Scousers and Scots,” he said.

“Scotland is very much a working-class country, Liverpool is the same. The sense of humour and the people are similar. There is a definite connection. Scotsmen tend to do well here, that has been proven over the years.”