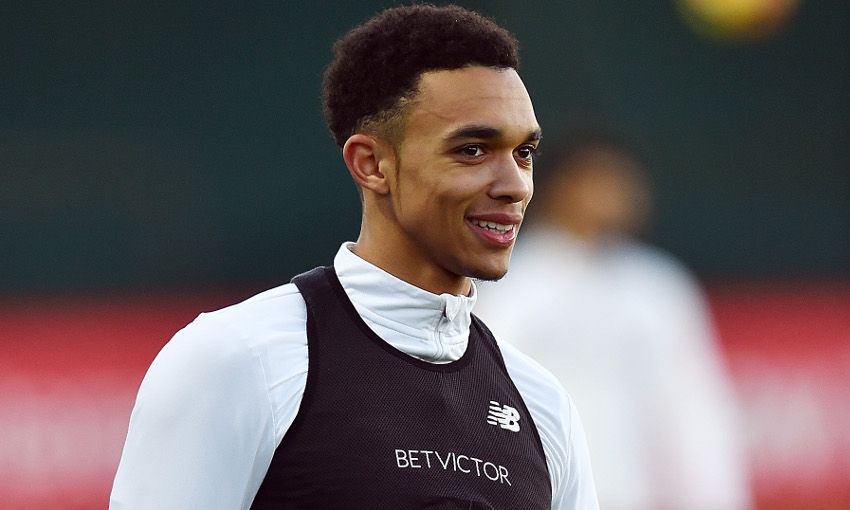 Trent Alexander-Arnold's progress this season comes as 'no shock' to Steven Gerrard, who has been following his fellow Scouser's development closely since his own playing days.

Alexander-Arnold is in the midst of his maiden season as a first-team regular at Liverpool, having made 17 appearances in all competitions while scoring three goals - all at the age of just 19.

The teenager produced another outstanding performance at right-back over the weekend as the Reds played out an incident-packed 2-2 draw with Tottenham Hotspur at Anfield.

And his increasing influence on Jürgen Klopp's team has not gone unnoticed, with former midfielder Gerrard believing it was only a matter of time before the No.66 began to flourish at senior level.

He told Liverpoolfc.com: "[I'm] very pleased but not surprised.

"I worked with Trent when he was a kid before he progressed into the first team and it's no shock or surprise to me that he's finding his consistency.

"I thought he was excellent at the weekend; for a kid so young to actually see and then to execute the passes that he's playing in the final third, that shows his confidence, it shows the confidence that the manager has got in him.

"He's going to get better and better, which is a very exciting thought for all Liverpool fans."

Gerrard also offered up praise for his successor as club captain, Jordan Henderson.

The U18s manager feels his former midfield partner faces extra scrutiny having inherited the armband, but has no doubts about his importance to Klopp's system.

"The armband comes with big pressure and big responsibility, so Jordan probably gets judged differently to every other player - I did when I played," he added.

"You don't see that as being unfair, you just have to take it on the chin.

"I think we're a better team with him in the XI, I think he brings an awful lot to the game that I appreciate as a midfielder.

"It's one of these things, from game to game people change their opinions, it's just part and parcel of being a player in this day and age with the social media and the attention on every single position.

"Players just have to accept it."

Gerrard was speaking at a Liverpool FC Legends training session ahead of their charity clash with Bayern Munich at Anfield on Saturday March 24.

Tickets for the game are priced at £20 for adults, £5 for juniors and £15 for over 65s and are on general sale now online at liverpoolfc.com/tickets/tickets-availability.

Hospitality starts from £70 per person, please call 0151 264 2222 for details, or visit bookings.liverpoolfc.com/events/events.htm.