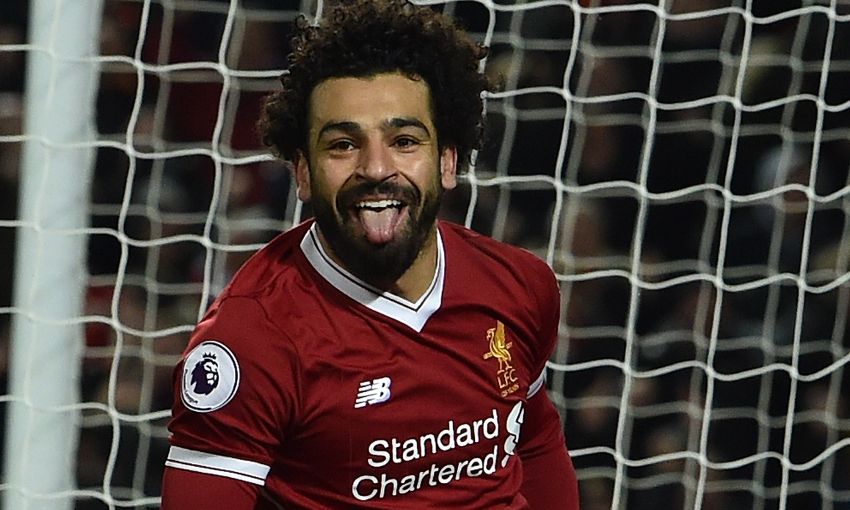 There have been no shortage of superlatives used to describe Mohamed Salah’s debut season at Liverpool so far, but one ex-Reds striker has highlighted an aspect of the Egyptian’s game he’s been particularly enthused by – the variation in his goals scored.

The No.11 took his tally to 28 for the campaign with a brace against Tottenham Hotspur on Sunday, which included a stunning solo second in which he single-handily bamboozled the opposing defence with a mazy run into the area before lofting over Hugo Lloris.

It was the latest in Salah’s ever-expanding repertoire, which has also included long-range efforts, tap ins, headers and clinical one-on-one finishes, and the diversity has left Robbie Fowler suitably impressed.

“It was a fantastic goal, but I love all goals,” the Anfield legend told Liverpoolfc.com with a smile. “It doesn’t matter if they are 30-yarders, beating five people before putting it in the back of the net or a little tap in, a goal is a goal.

“He is scoring all kinds of goals and we like that, but I don’t care what they're like – as long as he keeps scoring, I’m happy with that.”

Salah’s tally now stands at a remarkable 28 goals in just 34 appearances following his summer transfer from AS Roma – and all but one of them have come from open play.

Fowler continued: “He has been phenomenal, he has really hit the ground running. He looks like he’s got goals in him every game; with speed and sharpness he has, he’ll always cause defences a lot of problems.

“I hope it continues. We, as ex-players who are still big Liverpool fans, want him to keep going – we want him to break all the records goings because if he is scoring goals, it means we’re doing the right things.

“Of course, we want other players to chip in as well, but he is certainly doing his part. He is scoring goals and long may it continue.

“We go the game and want to be excited by players – and he is one of those players that will get you on the edge of your seat.

“More often than not, he will score a goal because of the way he plays; he plays on the shoulder, is not afraid to get the ball and is not afraid to take people on. He is exciting to watch. It is a great start and we want him to keep doing it for a lot longer.”