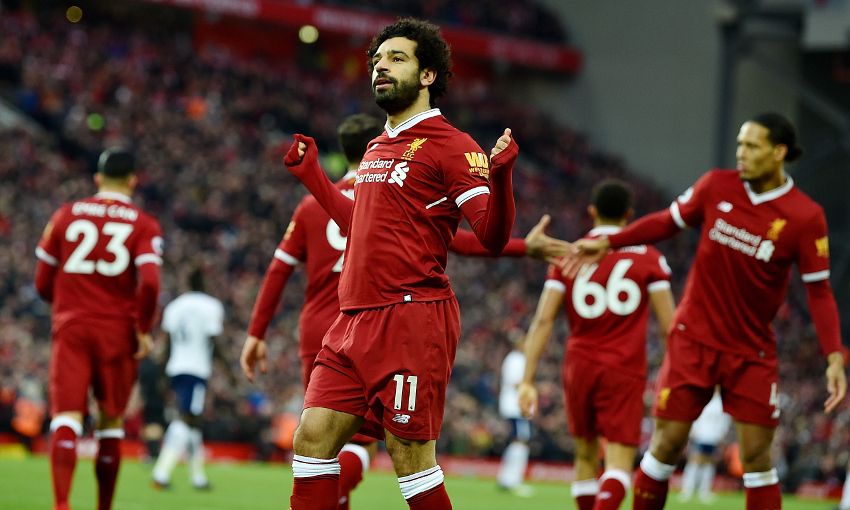 Mohamed Salah scored twice but Liverpool were held to a 2-2 draw by Tottenham Hotspur at Anfield in a pulsating Premier League clash on Sunday.

The Egyptian twice gave the Reds the lead, opening the scoring after just three minutes before netting an incredible solo strike in stoppage-time.

However, Spurs cancelled out those goals courtesy of efforts from Victor Wanyama and a Harry Kane penalty, which proved to be virtually the last kick of the game.

Browse the best of our photos in our gallery below.