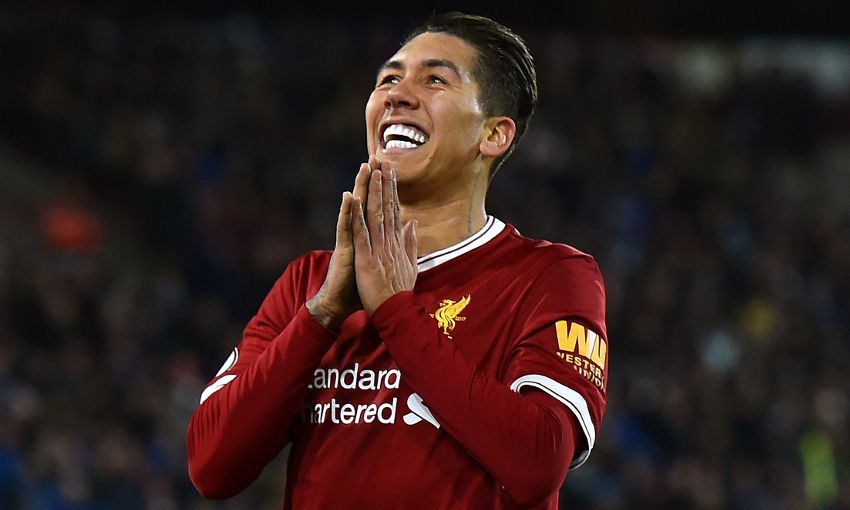 Liverpool will not use the memory of October's 4-1 defeat to Tottenham Hotspur for any additional motivation when the teams go head-to-head again at Anfield on Sunday, Roberto Firmino insists – because the desire to strengthen their top-four hopes is already great enough.

With what Jürgen Klopp has since described as his side’s poorest performance of the season, the Reds were beaten by Spurs on an autumn afternoon to forget at Wembley.

So, will there be any designs on revenge inside the home dressing room ahead of the latest meeting?

“No,” Firmino told Liverpoolfc.com. “We lost that game in October against them and we all played very badly, the whole team.

“We deserved to lose that day. The next game is another game; there is no vengeance or additional rivalry because of that last game. They are a big team and we will do our best to try and beat them.”

Since that game in October, Liverpool have won 14 of their 21 fixtures in all competitions and drawn five, moving ahead of Mauricio Pochettino’s men in the Premier League.

Indeed, the Reds can open up a five-point lead over Tottenham with a win on Sunday; however, an away victory would see the visitors leapfrog them in the table, meaning there’ll be much at stake come kick-off.

Firmino continued: “To us, this game is a classic. In Brazil we call this type of game a ‘six-point game’. We will try to be focused during the 90 minutes to try and achieve the win. That’s our aim.”

Tottenham will travel to Anfield buoyed by a comprehensive 2-0 victory against Manchester United at Wembley on Wednesday night, closing the gap on Liverpool.

“I follow the games of Tottenham and they have a very good team,” Firmino considered. “I watched the last game against Manchester United and we know everything about their potential, but at home we are very strong. It’ll be two very strong teams.

“I watched the game they played against Manchester United, which they won and played very well, but as I said we are also a very strong team and we are going to give our best during the 90 minutes to achieve a win. That’s what we’ll be trying to do.”

Liverpool also recorded a victory last time out – bouncing back after successive defeats to Swansea City and West Bromwich Albion to rack up a 3-0 triumph at Huddersfield Town.

It means the contest is finely poised, but the Reds will have one advantage in Firmino’s eyes: the Anfield factor.

He explained: “On the pitch, we try to focus as much as possible on the game. Of course, that doesn’t stop us hearing what supporters are saying – and usually, they’re supporting us as always.

“That’s good for us to hear because it gives a lot of extra motivation for us as players. It makes us want to run even more.

“I am sure on Sunday they’ll do exactly the same – or even better.”