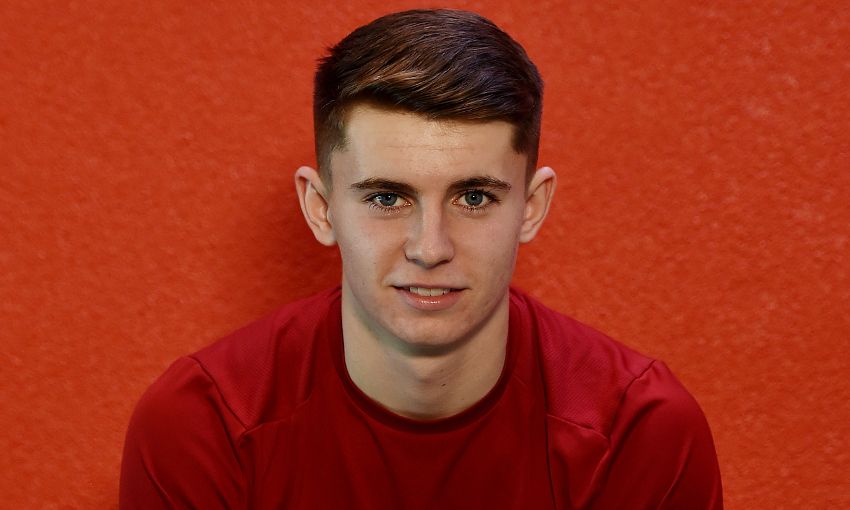 Ben Woodburn will not leave Liverpool on loan during the January transfer window.

The 18-year-old has been the subject of interest from other clubs with regards to a temporary move this month but Jürgen Klopp insists there is ‘no rush’ to send the forward elsewhere.

Plus, Woodburn’s influence as a first-team squad member means the Reds would miss his presence on a daily basis according to the manager.

“There’s no rush in it. It’s nice that clubs are asking for him already, but Ben had enough games so far; he played in different competitions, the UEFA Youth League, the U23s and had games with us,” Klopp told Liverpoolfc.com.

“In all the sessions he is improving constantly. That we think we would miss him in our training group – with this quality squad – is maybe the biggest compliment you can give to him.

“He is completely relaxed, his family is relaxed and I am relaxed. The request is logical but there’s no rush at the moment. He is in the right place.

“We will help him, of course, and if there is any point in the next year when we think he needs to go somewhere then we will consider that for sure. But not for the moment.”

Woodburn is eligible for Liverpool U18s’ FA Youth Cup fourth-round tie with Arsenal on Saturday, which will be played at Anfield, and Steven Gerrard has requested the No.58 for the match.

“He asked me already – and I said ‘not sure!’” explained Klopp.

“Usually I would like to give him Ben but because of the injuries, we have a very important session today. We have to prepare for Swansea and Ben is in our training squad.

“But I am on the side of both of the lads, Stevie and Ben, so if we can make him available we’ll do it. If not, then Stevie has to do the job without Ben.”