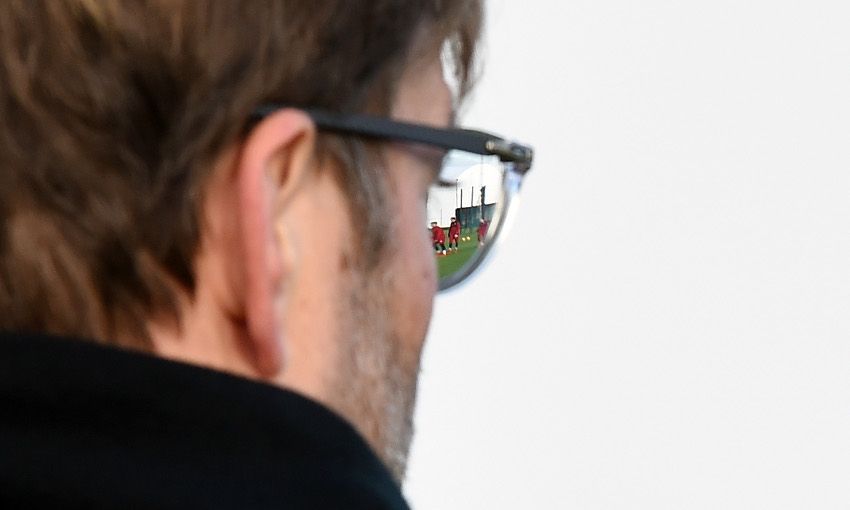 Jürgen Klopp has lauded the imperious form of Manchester City and the talents of their 'world-class' manager, Pep Guardiola – but insists Liverpool head into this afternoon's game holding no fear.

The Blues arrive at Anfield with an incredible record in the Premier League so far this term – they sit top of the table, undefeated and 15 points clear after winning 20 of their 22 fixtures and drawing two.

There is plenty of healthy respect for the achievements of Guardiola’s side this season; however, Klopp has outlined why the Reds will be focused on how they can perform this afternoon rather than any concern about the threat of their opponents.

He wrote in his column for ‘This is Anfield’: “It is typical of football that the win in the FA Cup [against Everton] came from a far less dominant performance, compared with the league fixture where we had to settle for a point. It shows the importance of being able to win in different ways.

“We are still in our development phase as a team, but we are learning. The recent results demonstrate this, I think. I have never, for even a second, questioned the desire or spirit of our team – the opposite actually, although at times it felt as if we were the only ones who could see it in ourselves. In recent matches we have been able to display it, but that is probably because circumstances allowed us to.

“Our opponents today are actually a good example of this. Manchester City are a side rightly held up as a benchmark for how they approach games and how they play. But you underestimate and ignore their steel at your peril.

“To win games, as they have this season, you have to be able to fight just as hard as you play. I welcome Pep Guardiola, his players, staff, officials and supporters of Manchester City to Anfield. I’ve spoken many times both here in England and back in Germany of my respect for Pep as a person and as a professional. He can be summed up in two words and one phrase: ‘world-class’.

“‘Respect’ is an important word, I think, when approaching a game against this City side. In fact it’s an important word when preparing to face any opponent. Respect is healthy and necessary, but fear or complacency are not allowed – ever. We respect City, as we respect every opponent. We have studied their strengths and their weaknesses, as they will have done with us. I would expect the respect is mutual, because they are smart people who will know our own quality is as good as their own.

“But my players will not need extra motivation or focus for this game, just because we play a side that is in a very good way. We focus, as always, on ourselves in the first instance, and when we do that we see a team that has performed to the highest level this season and is continuing to grow and get better as the campaign progresses. To win any game in the Premier League means you have to perform to your maximum – anything less and you have problems.

“That’s the overriding message today: give your best and everything else will look after itself. We know our supporters will be on their game today. They created outstanding noise for the Everton match and I think everyone inside Anfield with a Liverpool heart will recognise we need them and their positive energy this afternoon.”