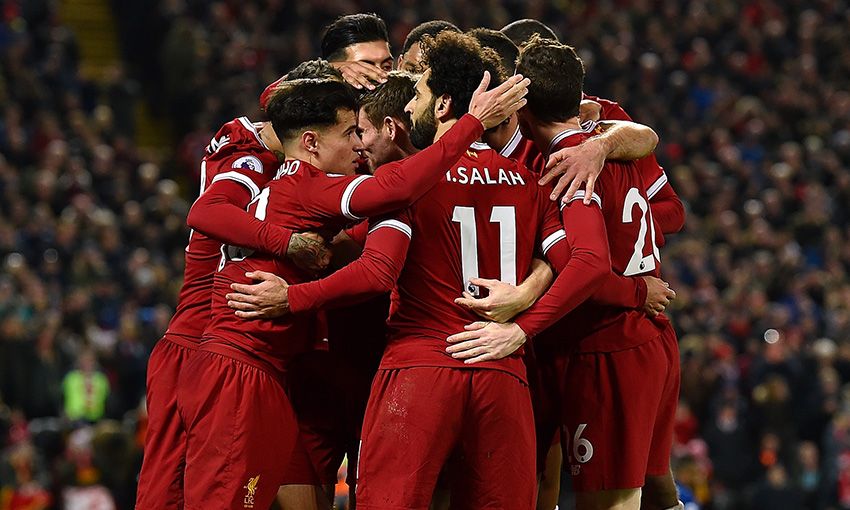 With 2017 steadily retreating into the distance, it's time to sort through the statistics and reveal which players were the leading performers for Liverpool during an action-packed calendar year.

With so many facts and figures available, we've focused upon just four key areas: goals, assists, passes and tackles. As Bill Shankly once said: "Football is a simple game."

We start with goals. It took just 19 minutes for Liverpool to record their first strike of 2017 - a Daniel Sturridge effort in a 2-2 draw with Sunderland at the Stadium of Light - and 16 different players got their name on the scoresheet across all competitions over the course of the year.

The most prolific of those goalscorers only joined the club in July but his match-winning double against Leicester City in the final game of 2017 took his goal tally to a remarkable 23 in just 29 games - equalling Roger Hunt's club record for strikes in a season before the turn of the year.

It is, of course, Mohamed Salah. 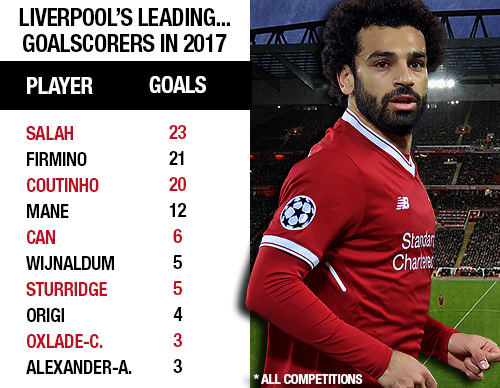 Salah has always been quick to thank his teammates for providing the supply line for his goals and that brings us onto our next category: assists.

The man at the top of this particular list appeared in 49 of Liverpool's 54 matches in 2017 - more than any other player.

And while he may have finished behind Salah in the goalscoring stakes, creator-in-chief Roberto Firmino was actually directly involved in more goals in the calendar year than any of his LFC colleagues. 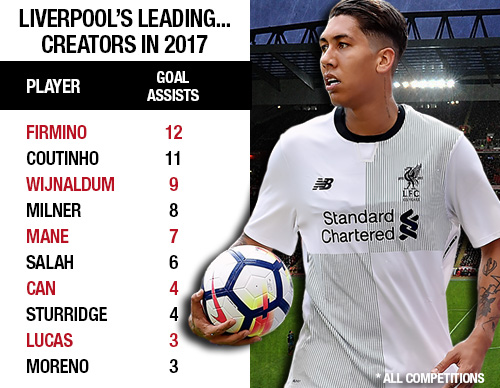 To create, you must first have the ball, and that brings us to the opposite facet of the game as we take a look at who tops the tackling charts as Liverpool's pre-eminent destroyer.

It might be surprising to discover that the highest-placed specialist defender is only fourth in the list, with the top two positions going to midfielders, and third place going to our irrepressible No.9. 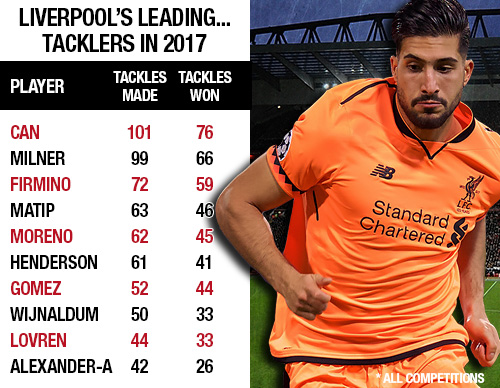 Reds midfielder Emre Can proved with his Goal of the Season scissor-kick against Watford in May that there is far more to his game than just winning possession.

And the German international's ability on the ball also sees him top our final category. 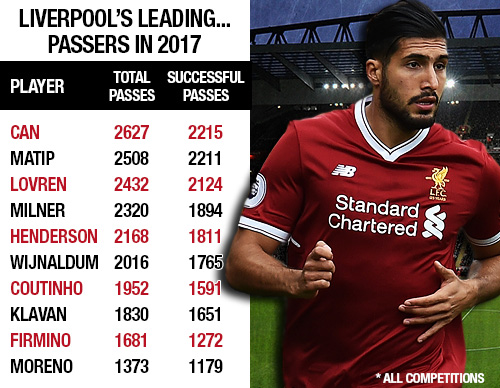