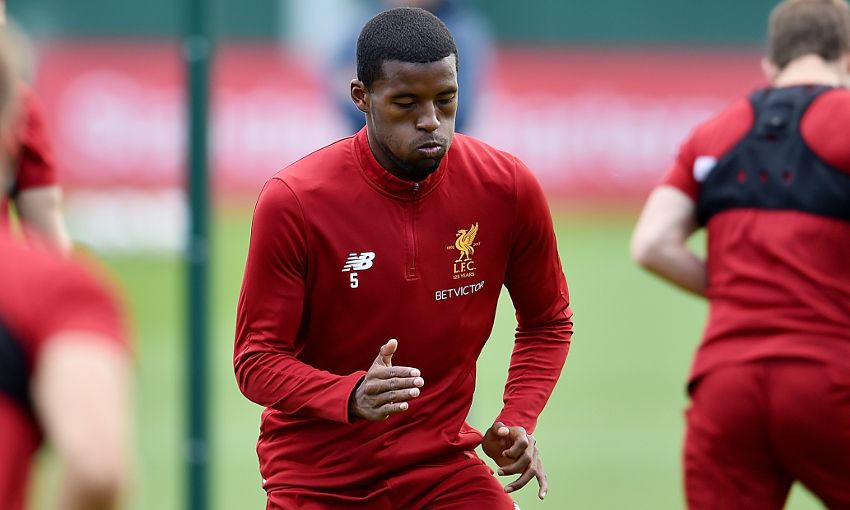 The key to Liverpool overcoming the fatigue involved with two games in 48 hours is their mentality, believes Georginio Wijnaldum.

Having expended significant supplies of energy in the absorbing Premier League clash with Leicester City on Saturday, the Reds must recover immediately and go again at Burnley on Monday.

Jürgen Klopp’s side found a way to bounce back from a goal down to defeat the Foxes courtesy of a second-half double salvo from the unstoppable Mohamed Salah.

But if they are to record another positive result at Turf Moor, it will be a victory of mind over matter according to Wijnaldum.

“It is really difficult because normally the second day after a match you are off, because they say that you are the most tired that day. But now we’re playing a game,” the midfielder told Liverpoolfc.com.

“You have to recover really well to be fit for the game. It is difficult but we’re not the only ones that have the problem, a lot of teams have the problem. So we have to deal with it.

“They defend well. And they are also difficult from set-pieces and counter-attacks. That makes it even harder. So we have to be concentrated and fresh in the mind to win the game.”

Watch: Wijnaldum on the challenges against Burnley

Burnley played out a goalless draw with Huddersfield Town in their previous match and remain seventh in the Premier League table as a result of a fine season so far under the guidance of Sean Dyche.

Their progress has surprised Wijnaldum to a degree, but equally the Dutchman argues the signs were there to see last term.

“They already showed they are capable of playing good football in the Premier League,” he said of the Clarets, who inflicted a defeat on the Reds in Lancashire in 2016-17.

“I’m surprised they’re doing better than last season but it’s also something you could expect from them because they showed last season they are a good team and can beat teams in the Premier League.”

When the teams met at Anfield earlier in the campaign, Scott Arfield provided Burnley with an advantage that Salah wiped out within three minutes.

Liverpool enjoyed more than 71 per cent of the possession but could not turn their dominance of the ball into further goals and therefore had to settle for a point.

Wijnaldum expects a similar scenario to play out at Turf Moor – and knows the visitors will have to be more ruthless with their chances to avoid a repeat result.

“We have to stay focused and must have patience that we will create chances,” added the No.5.

“We have to hope we score the chances we get, because the game at home was really frustrating – we had a lot of possession and created a lot of chances but we didn’t score the goals.

“It’s going to be the same possession-wise. The only thing we have to change is to score the chances we get.”