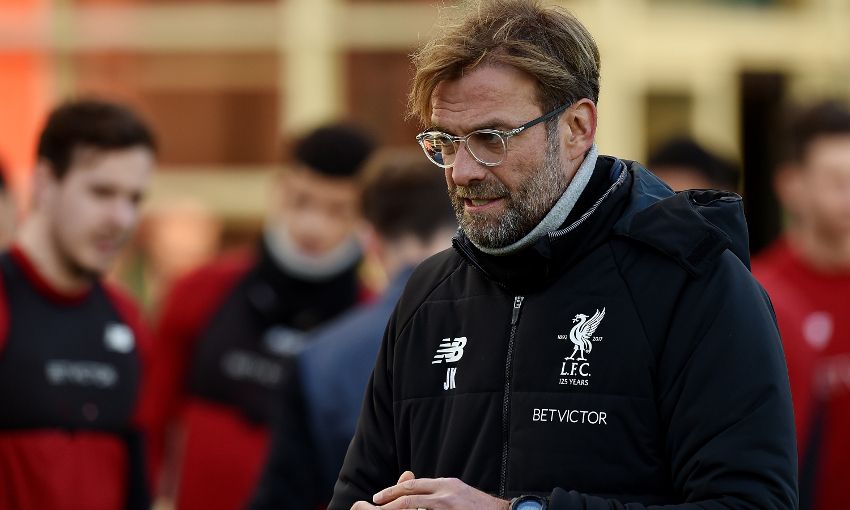 Jürgen Klopp will use the advice of Liverpool's medical department when he selects a line-up against Burnley on New Year's Day – but anticipates several changes.

The Reds face the Clarets away from home just under 48 hours after securing a hard-fought 2-1 victory over Leicester City which saw Klopp’s men battle from behind to win at Anfield.

Mohamed Salah scored both goals to inspire the turnaround but limped off in the closing moments of the clash and must have his condition carefully assessed before Monday’s next outing.

“I don’t know exactly how many changes we will make but I would say for sure more than one,” said the manager, who confirmed a return for Simon Mignolet at Turf Moor.

Watch: Extended highlights of the win over Leicester

Asked how he intends to approach the tricky task of choosing his team, Klopp explained: “After the game I go immediately to the press and do what I have to do, and then after the press conference the medical department tells me who is available for the next training [session] and who can train the next day.

“This time, because we don’t train [today], we have recovery, they will tell me who is available for playing again and that’s all I need to know. Then I’ll make the line-up.

“The good news is Burnley had to play [on Saturday] as well. I don’t think they got the point without running, so they have the same thing to do and that’s then fair play.

“It’s not the best thing to do, I think, but it’s absolutely OK. We will be ready because we have to be ready. It’s not a friendly game, it’s a very important game for us – three points to get against a very strong side in an outstandingly good moment in the league.

“They are really well organised. It’s quite difficult, as you could see in the last few games. Tottenham were 1-0 up early and changed the whole game, apparently there were spaces all over the pitch.

“Against other teams, like [Manchester] United, they were 2-0 up and then you have no space for anything and run against the wall. It will be quite interesting. We will be ready.”

Burnley have surpassed expectations in 2017-18 and consolidated seventh place in the Premier League with their goalless draw at Huddersfield Town.

Klopp understands the kind of challenges Sean Dyche’s charges have overcome to reach that position, having experienced similar scenarios earlier in his career with Mainz.

But respect for the Clarets’ achievements so far this season does not detract from the desire to deny them any enjoyment on Monday afternoon.

He said: “I was younger than Sean is now, but I know how difficult it is to ‘swim with the big fishes’ in the league – and obviously they swim quite well.

“It’s just a nice story again. Each year creates another story and this year it’s the Burnley story. Compare with what Pep [Guardiola] is doing at City, that’s an outstanding season; Burnley and Sean Dyche are doing exactly the same with completely different circumstances.

“I really respect and appreciate that. But that’s it. They can win all the games in the season apart from the games against us.”