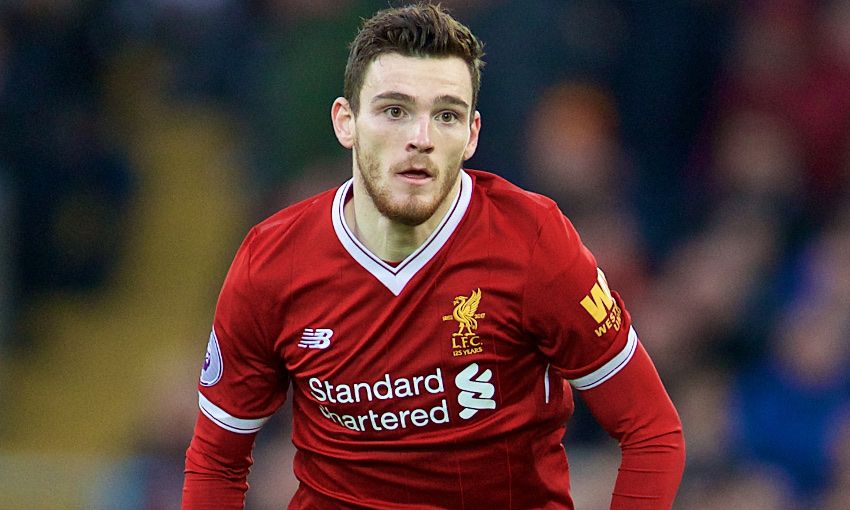 Andy Robertson has revealed the half-time advice Jürgen Klopp gave his players as they trailed Leicester City at Anfield.

A second-half fightback, inspired by a Mohamed Salah brace and some dogged defending, earned the Reds a hard-fought 2-1 victory over Claude Puel's team yesterday.

Robertson admitted supporters could have been forgiven for thinking it was 'one of those days' after a first half that saw the hosts miss a handful of chances while the Foxes converted their one opportunity.

And when asked what the manager said in order to protect the players from a similar feeling, the Scot told Liverpoolfc.com: "It was just, 'keep going, keep trying to create the chances and be aware of the counter-attack'.

"If we didn't concede, we were confident that we would score, so it was all about how many goals we got.

"Luckily, we managed to get two today and it was enough to get the three points.

"Going behind so early on, we've had to show a lot of character and in the first half we've had a lot of chances to get back on level terms and not quite took them.

"Maybe people were thinking this was going to be one of those days but we've showed our composure in front of goal, especially Mo with the two goals.

"And I thought second half we controlled it."

LFCTV GO: Watch highlights of the Reds' win over Leicester

Robertson believes he and his teammates proved they can win games even when not at their best by overcoming Leicester in such fashion.

But he wants to see more of the same in the games to come, conceding that the Reds can't always win by a handsome scoreline.

He continued: "Maybe people on the outside question if we can win ugly but I think today we've proved that - [and] we need to keep proving that.

"Today, the last 10 minutes was long throw-ins, long balls into the box and we defended them really well.

"Sometimes maybe people would say we'd crack under that pressure but we stood up to it and won the three points.

"We need to do a lot more of that because sometimes you can't win four, five nil - we'll always try but it's not possible every game.

"When it's down to the nitty gritty I think we've got that side in us as well."

On a personal level, the Scotland international made it six straight starts in the Premier League as he featured from the off on Saturday.

Reflecting on his good recent run, Robertson said: "I've been delighted with the amount of games I've been playing and my body's been feeling good.

"We've got another game in 48 hours, which is a really quick turnaround, but tomorrow's an important day and we need to get ready to go.

"Whatever the manager does - I'm sure he'll rotate but what that [means] we'll soon see - I'm sure all the boys will be ready to play whatever part."