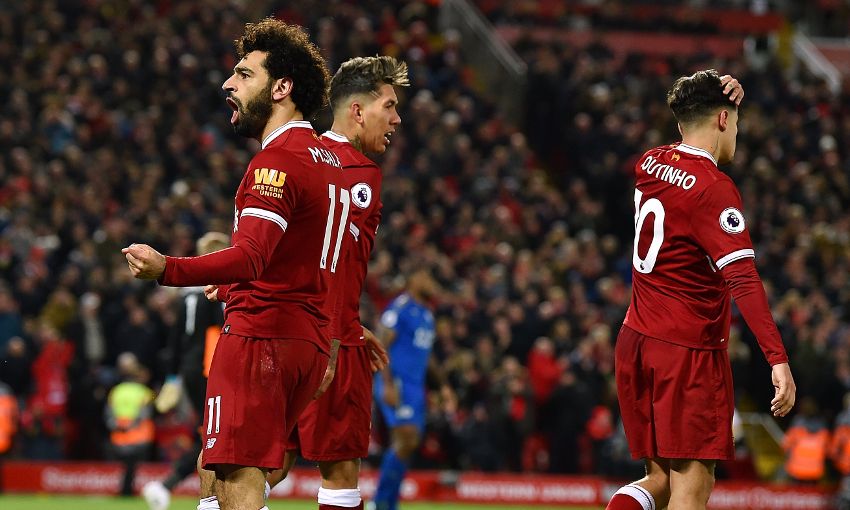 Liverpool secured three valuable Premier League points by battling from a goal down to beat Leicester City 2-1 at Anfield.

Jamie Vardy's third-minute strike at the Kop end separated the sides at the interval, leaving the hosts with work to do in the second period.

And they rose to the task, with Mohamed Salah levelling coolly from Sadio Mane's backheel before spinning his marker and slamming a precious winner into the net.

See the story of the game in photographs below...

Brought to you by Western Union, official principal partner of Liverpool FC