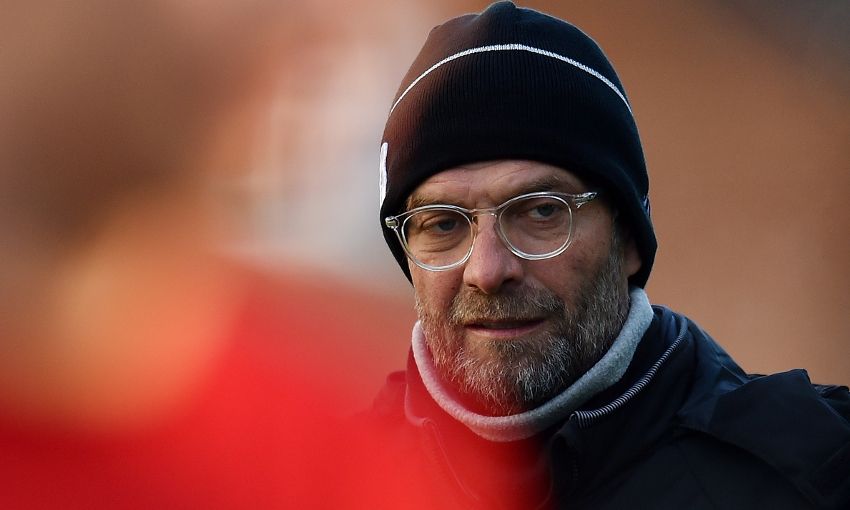 Liverpool remain without Jordan Henderson and Alberto Moreno for the visit of Leicester City to Anfield on Saturday.

The Reds captain was out running at Melwood on Friday as he recovers from a hamstring issue sustained against Arsenal, but is not in contention for games as yet.

“Hendo is a rather quick healer, he is on a good way and is desperate to be back on the pitch, so hopefully it is not too long,” said Jürgen Klopp during his pre-match press conference.

Moreno’s earliest target for a return is next month’s meeting with Manchester City.

The Spanish left-back is currently sidelined with an ankle injury. “That could be the first [game] for him,” explained the manager. “He is [out of] the next two games and I think I should have to involve the third game as well [against Everton in the FA Cup].”

Daniel Sturridge is a doubt due to a muscle problem.

The fixture is the first of two in 48 hours for Liverpool, who travel to Burnley on New Year’s Day, but Klopp insisted the second game will not come into his thinking until full-time on Saturday.

Leicester, who were beaten 2-1 at Watford on Boxing Day, make the journey to Merseyside without the services of defender Danny Simpson.

He limped out of last Saturday’s home draw with Manchester United due to a hamstring complaint and is expected to be unavailable for ‘four or five weeks’.

Robert Huth’s recovery from an ankle injury is not advanced enough for the centre-back to feature at Anfield, though Daniel Amartey returns from a one-match suspension.

On the challenge of such a congested festive fixture schedule, Foxes boss Claude Puel said: “We have a short time and one of the [smallest] recovery times in the Premier League.

“It is a crazy period for my squad. We will always try to put in place a team with good balance and with the possibility to win all the games.”