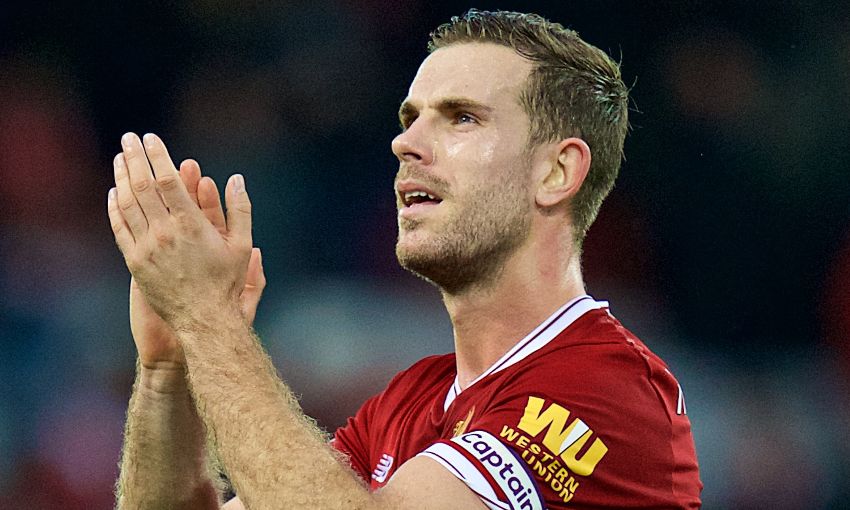 Jordan Henderson is set to step up his recovery from a hamstring issue at Melwood today, but Jürgen Klopp has refused to put a timescale on the captain’s return to action.

The midfielder will begin running outside at the club’s training complex on Friday afternoon; however, he is still set to miss Liverpool’s immediate fixtures with Leicester City and Burnley.

Asked for an update on the progress of Henderson’s rehabilitation, Klopp told his pre-match press conference: “It depends on the healing process and if the player is a quick healer or not. There are big differences between individuals.

“Hendo starts running outside today, [at] which pace and whatever we will see but he is on a good way. I don’t want to say any date because on the one side it would maybe put pressure on him, which he really doesn’t need, and on the other side it would look like we would not have the player for the next six to eight weeks and that’s not true at all. We have to wait.

“Hendo is a rather quick healer, he is on a good way and is desperate to be back on the pitch, so hopefully it is not too long.”

Elsewhere, Klopp confirmed Alberto Moreno is on course for a return to action following Liverpool’s FA Cup third-round tie with Everton on January 5.

He said: “He is probably the quickest healer in the squad but still I am not sure. He is [out of] the next two games and I think I should have to involve the third game as well [against Everton].

“Then we have around about nine days between Everton and [Manchester] City and that could be the first [game] for him then.”