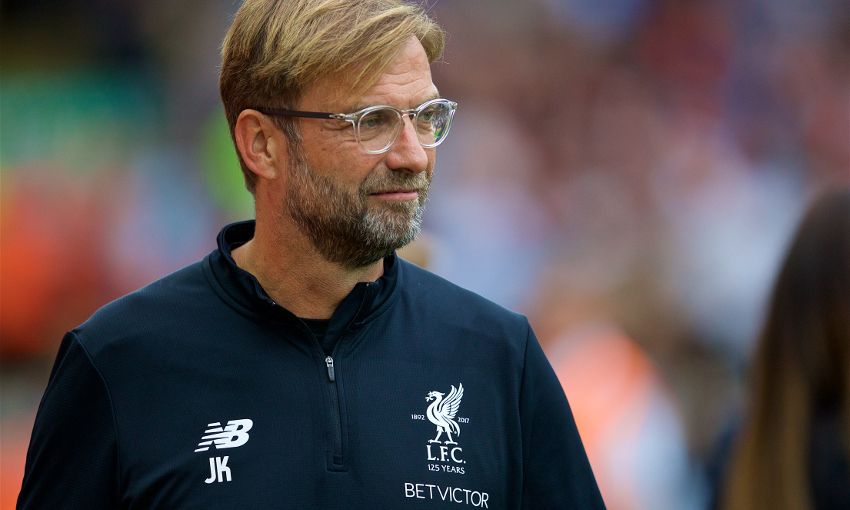 Jürgen Klopp believes a rotation policy makes sense for Liverpool because of the quality he has available to choose from within his squad.

The Reds manager has changed his starting XI regularly in recent weeks as the team contended with a series of important midweek matches in the Champions League and Premier League.

There is little slowdown in the fixture schedule either, with West Bromwich Albion set to visit Anfield on Wednesday night – just three days on from the Merseyside derby and four before Klopp’s charges take on Bournemouth away from home.

As he previewed the meeting with the Baggies at his press conference, the boss was asked whether the experiences of last season have influenced his approach to rotation this term.

“It’s just how it starts when you get injuries in early November, which we had last year, then you cannot rotate in December because the players are not there. Then you suffer in January, that’s how it is, that’s not really to change. Then the players come back in January who got injured in November but they are not in the same shape they were in. That’s the situation. That’s the only thing and it’s only one information.

“All these games, I really think if you have the quality in the squad that we have, you have to use it. I’ve said it before: you cannot play the same 11 players all the time until four of them are injured, and then you hope that the other four who come in – they have quality but no rhythm – will perform for you. We expect that, I know, but it’s not really likely. We did it so far how we did it so far.”

West Brom won each of their opening three matches in 2017-18 but have not tasted victory since, prompting a change of manager and the appointment of Alan Pardew last month.

The new boss has overseen a goalless draw and a 1-0 defeat, against Crystal Palace and Swansea City respectively, so far.

“Alan Pardew said when he came in that he wanted to play offensive football, but the situation for West Brom is not for that. You cannot change things overnight,” said Klopp.

“The other thing is that the squad is for a specific kind of football; it’s still long balls of course, still set-pieces, very physical, that’s how it is.

“I’m not here to judge anything, you can only judge after much more time than Alan has had so far. That’s for sure.

“They need points. They are not in a comfortable situation. It’s not a worrying situation where you say ‘no chance’. They started really well in the season and then obviously the situation changed a little bit.

“We know what we can expect. Last game, they played with all three strikers against Swansea. I don’t expect that against us, but if [it is] we have to handle this. [They have] quality and experience but it’s a home game for us.”