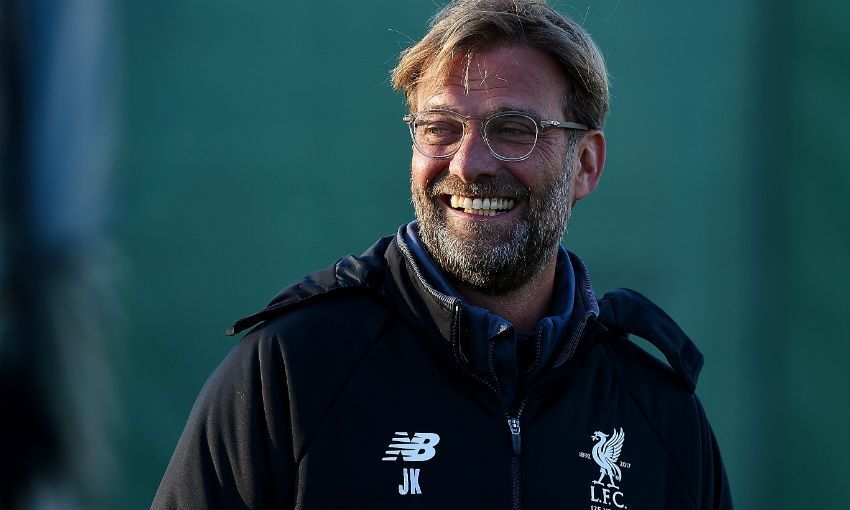 Jürgen Klopp believes the players who have been given opportunities in Liverpool's first team have seized their chances over the last few weeks – but insists they must continue to do so as the hectic festive period continues.

The manager used his programme notes in the latest edition of ‘This is Anfield’ to highlight the contributions of Dominic Solanke, Andy Robertson and Danny Ings against Everton on Sunday.

Ahead of tonight's game against West Bromwich Albion, Klopp wrote: “Accepting that the result is always king, as manager of this team I still cannot ignore the many, many positive aspects to how we played on Sunday. That is as a team and the performance of individuals.

“Dom Solanke showed why we see him as such an important person for our present and future. I loved his performance and what he did for the team; in my eyes it showed he belongs on this big stage.

“Andrew Robertson has been parked in the garage this season more than he would have liked certainly, but when he gets his chance he shows his quality. He reacts on the pitch in the best possible way. He is like a firework when his chance comes and explodes on the front foot and attacks the game.

“Dom and Robbo are two examples to pick from the weekend, but there are others not even on the teamsheet. Marko Grujic has such a great attitude. In training and when selected for the U23s he keeps reminding us he is there, waiting, and his engine is revving. Danny Ings got his first Premier League minutes for a very long time, I think maybe since the last league game of my first season here – and he proves time and time again he is full of spirit, fight and quality and is someone keen to contribute all the time.

“I said after the game and I repeat again: any criticism of team selection must be thrown at me and me alone. It is not acceptable, in my view, to show any disrespect to the players who are picked and go out there to fight and perform for Liverpool. I am here to shoulder and absorb the criticism.

“These are my decisions, I believe they are the best for the team when I make them and I stand with them afterwards – win, lose or draw. Our form – since we left Wembley Stadium after the Tottenham game – has been really positive. We show we are a squad packed with talented and committed players.

“I am 100 per cent sure they will all get their chance in this coming run of games and they must all be ready.”