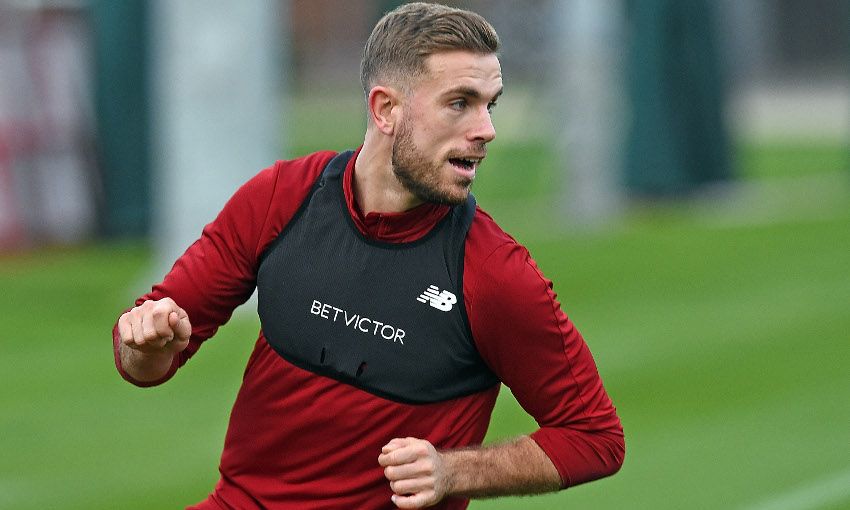 How LFC have fared in the last five matches against Chelsea

Jordan Henderson believes Liverpool's meeting with Chelsea today is the 'perfect' chance for he and his teammates to prove that nobody is dwelling on their midweek disappointment in Spain.

The Reds have had little time to mull over letting a three-goal lead slip to draw with Sevilla on Tuesday, with preparations for today's fixture against the reigning Premier League champions beginning in the immediate aftermath of that fixture.

Instead, Henderson and co are fully focused on making it four wins on the bounce in English top flight by putting Antonio Conte's side to the sword at Anfield.

"Today, against Chelsea, we’ll come up against a squad packed with talent, who have proven time and time again they understand what it takes to win," the captain wrote in his programme notes in 'This Is Anfield'.

"It’s another massive test – one of the biggest considering they are the reigning champions in England, but in many ways this is the perfect game for us. We have to see it as an opportunity. That has to be our mindset.

"I think we’ve shown this season already that, when at our best, no one can live with us. But we’ve also shown when we stop doing the basics, the quality of opponent we face means you get punished immediately and that punishment really hurts.

"It’s a cliche in sport that you have to ‘move on’ from an experience like we had against Sevilla and of course a big part of that is true.

"If you dwell on it, it can have a negative effect and we can’t allow that to happen given how healthy our positions in the league and the Champions League are and how much there is to play for this season.

"But, as the manager tells us regularly, there is a big difference between dwelling on an experience and learning from it."