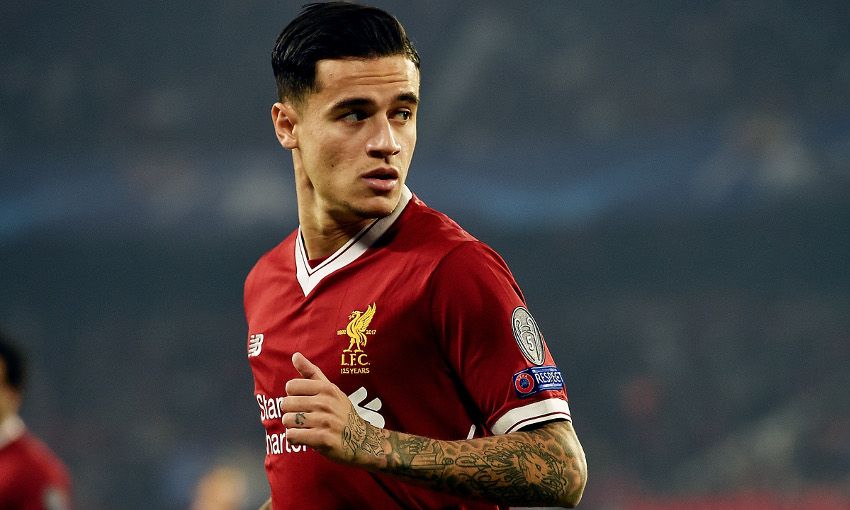 The success of Liverpool's summer signings and the recent return from injury of a number of players means Jürgen Klopp's team selections are becoming increasingly difficult, Philippe Coutinho believes.

But the Brazilian welcomes the increased competition for places at Anfield this season and expects it to prove particularly beneficial during the busy festive period.

Having faced Southampton and Sevilla in the last seven days, the Reds take on Chelsea today as a run that will see them contest 11 fixtures in the next 38 days continues.

Helpfully, Klopp's squad depth was boosted during the most recent transfer window by the addition of Mohamed Salah, Alex Oxlade-Chamberlain, Dominic Solanke and Andy Robertson, while the fit-again Coutinho, Sadio Mane, Adam Lallana and Jordan Henderson are all now available after recent lay-offs.

And that means the boss is facing some tough decisions as he looks to keep his players fresh throughout a packed schedule up to the start of 2018, according to his No.10.

"I think we’re a very focused team. We have a lot of players who are now coming back from injury, that’s important for the group," Coutinho told Liverpoolfc.com.

"It gets ever more difficult for the manager to pick the starting XI because in training you can see everyone has got great quality and everyone is giving their utmost.

"So, that’s good for keeping the team strong and, as I said, we’ve got players coming back from injuries like Adam among others.

"In the end, that’s big news for our team and very important for us to have everyone fit."

Liverpool go into this afternoon's fixture having endured mixed fortunes against their rivals at the top end of the Premier League so far this season.

Last term, Klopp's men avoided defeat in 10 games against the other teams who eventually made up the top six, but have recently gone down to both Manchester City and Tottenham Hotspur away from home.

Coutinho expects home advantage and the roar of the Anfield crowd to prove crucial as the Reds look to get one over on a fellow heavyweight today.

"It’s very important to be at home in front of our own fans," he added.

"It’s a great big game, really important, and I believe that it’s a key game for us because it’s a team that’s fighting with us up at the top.

"Of course we really want to be playing that sort of game at home but on the pitch all of the players have still got to do everything the best they can, cover ground, put them under maximum pressure and make the moves that will win us the game.

"The fans help a lot, the pressure they can put on, they support us constantly, making noise and that really makes the game difficult for the opponent. So when we’re playing at home it spurs us on."