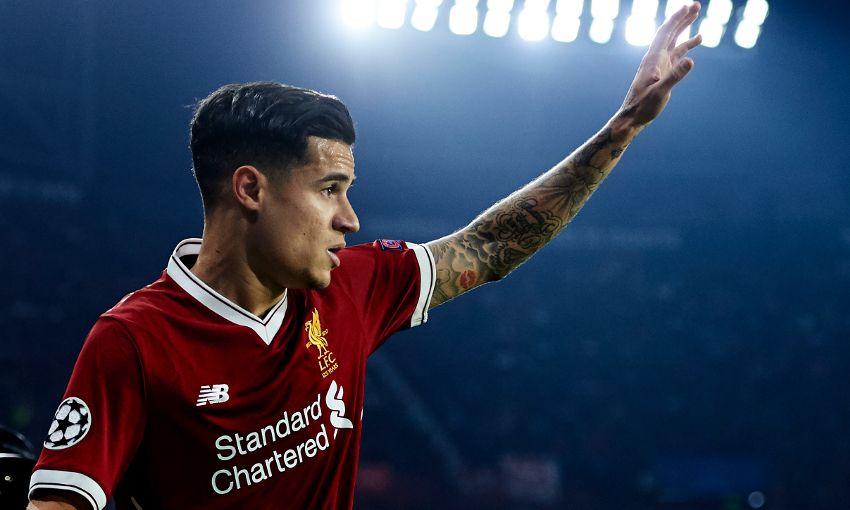 Philippe Coutinho insists he and his Liverpool teammates have learned harsh lessons about the perils of allowing any semblance of complacency to creep in during matches following their midweek draw with Sevilla.

The Reds found themselves 3-0 to the good at half-time at the Ramon Sanchez Pizjuan on Tuesday, with a Roberto Firmino brace and a further strike from Sadio Mane having seemingly put them on course for a victory that would have sent through to the Champions League last 16 as group winners.

However, Wissam Ben Yedder's quickfire double after the break and an injury time equaliser from Guido Pizarro earned the Spaniards a share of the spoils from a topsy turvy game, meaning Jürgen Klopp's side will have to wait until matchday six to secure passage to the knockout stages.

Coutinho explained that the mood in the visiting dressing room at full-time was akin to in the aftermath of a defeat, but he insists he and his colleagues know exactly what to do to avoid ever feeling like that again.

"It wasn’t a good result, we almost felt like we do after a defeat," he told Liverpoolfc.com.

"We had a great first half and then in the second half we let everything unravel and so we were all feeling very frustrated.

"We have to stay awake all the time, 100 per cent. I think that the first half, the way we went into the game, we have to go into the second half [like that] too.

"And I think all of the players, we all switched off a little bit and we thought that at 3-0 it was going to be a little bit difficult for the opposition [to come back].

"That’s what happens sometimes when you play football."

Despite the disappointing nature of that result in Spain, Liverpool remain in control of their Champions League destiny and would still finish top of Group E with a win over Spartak Moscow at Anfield next month.

Reflecting on that fact, Coutinho added: "If you had offered us a draw [before the game] that would have been fine and [felt] better than the way the game went.

"The problem is that we were 3-0 up and playing with great intensity and had a result that was going to be great but then they drew level and that frustrated us.

"But really, it’s a point for us and we are still top of the group, so it was an important point."