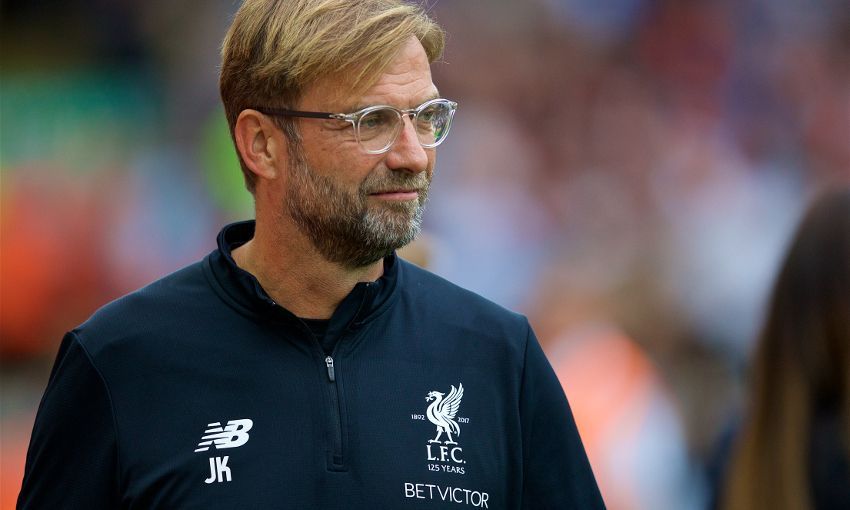 Jürgen Klopp has explained the thinking behind the line-up he will deploy against Southampton at Anfield this afternoon.

Liverpool have made four changes for the fixture, with Dejan Lovren, Trent Alexander-Arnold, Jordan Henderson and Philippe Coutinho returning, while Sadio Mane has been passed fit to start against his former club.

Klopp said: “I can’t even remember the line-up from the last game [because] it is so long ago!

“We didn’t think about the last game, we only though about this game – and this is the result of all of our thoughts.

“We know about the quality of Southampton, we know about all the stats of course. They are a possession-based team. That could depend on the opponents they’ve had so far, so we will see today, but we need to be ready to react on that.

“If they have the ball and things like this, then we have to bring through our idea of football and that’s the reason for today’s line-up.”