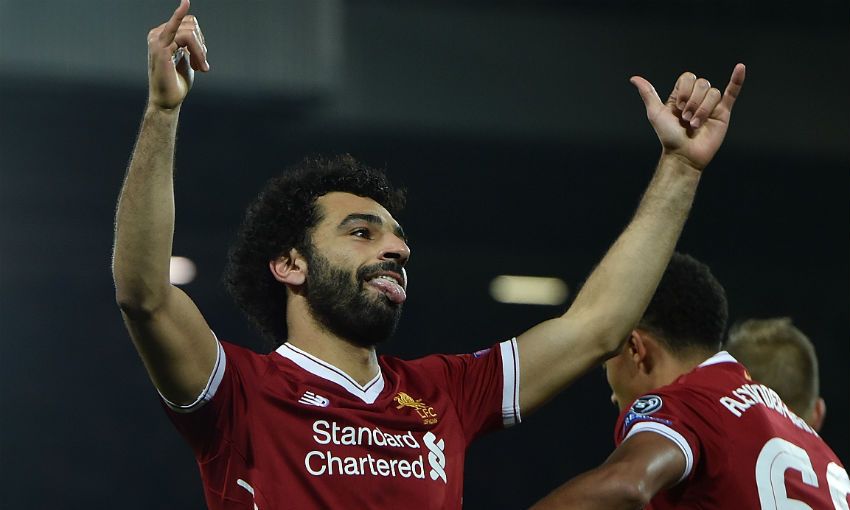 Mohamed Salah is already on his way to becoming a fan favourite at Liverpool thanks to the sizeable impact he has made since arriving over the summer.

That is the view of former Reds defender Gary Gillespie, who admits he did not expect the 25-year-old to prove such a consistent goal threat.

Salah has netted 12 times and provided four assists in just 17 appearances for the club following his July transfer from Roma.

And Gillespie has been pleasantly surprised by the Egyptian's impressive figures and seamless adaptation to life at LFC.

"Since the start of the season he has been absolutely sensational for Liverpool," he told Liverpoolfc.com.

"He’s got the one thing people hate, and that is pace in abundance [and] I’ve never actually seen him get knocked to the floor or fall over.

"He’s got 12 goals but he could easily have had 20 because he gets in goalscoring positions on numerous occasions and not quite finishes it.

"We’ve all been screaming for an out-and-out goalscorer. It comes in an unlikely figure in Mo Salah.

"I didn't think at the start of the season he would be a 20-goal-a-season man but if he continues the way he is going he could easily get to 20 or 25.

"There is always one player in the squad the fans idolise and the way Salah has started he could be the one."

The Englishman struggled for game time in the immediate aftermath of his switch from Arsenal, but played a big part in the two wins that preceded the international break after being handed a starting role.

Gillespie added: "I think he has done well. He’s had to be patient and bide his time.

"I think games before the last two when he was coming on from the bench he was making an impact and that is what the manager wants from his substitutes.

"He’s big, he’s strong and his got pace. He’s good at going past people and puts balls into the box so he thoroughly deserves his place.

"Sometimes it hard to come to another football club. He’s been at Arsenal for quite a few years and has learnt the Arsenal way and sometimes it takes time to develop yourself and get used to you surroundings.

"It was two years until I established myself in the first team. I don’t think it will take Oxlade-Chamberlain that long but I can see him getting far more starts now than at the beginning of the season.

"I think his performances from the last few games certainly warrants a place in the starting XI, but it is certainly a nice headache for the manager to have."