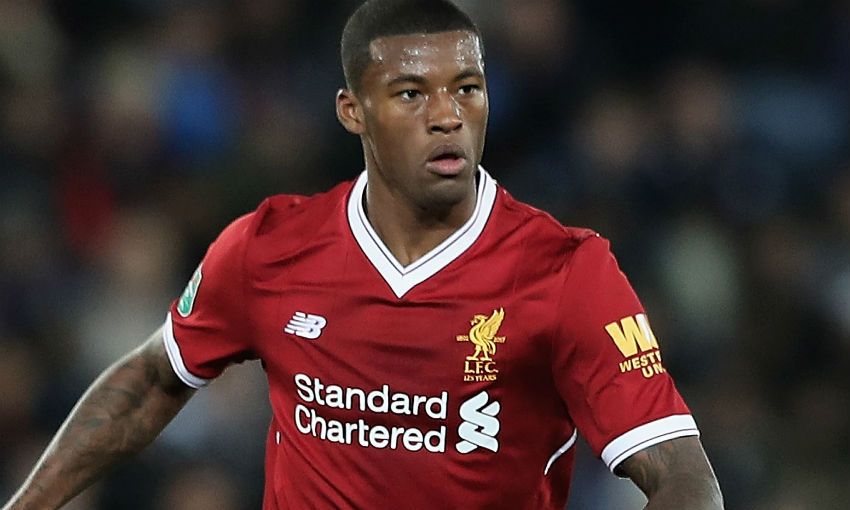 Philippe Coutinho is out of Liverpool’s game against West Ham United on Saturday, but Jürgen Klopp is hopeful of having Georginio Wijnaldum and Dejan Lovren available for the trip to the capital.

Reds No.10 Coutinho missed this week’s 3-0 victories over Huddersfield Town and Maribor respectively due to an adductor problem, and Klopp confirmed on Friday that he will not be fit to return at the London Stadium.

However, Wijnaldum - who was forced off early on during the win against Maribor - and Lovren, who sustained a thigh issue in the warm up before the Huddersfield match, may be able to play.

“Phil is not available. With the rest, it will be close. Gini I’m not sure, we have to see. It’s painful what he has but maybe he can cope with it. We will have to see,” Klopp told his pre-match press conference.

“Dejan, yes, maybe today is the clearing session and we know that in weeks like this you have to wait until the last second to make the squad or the line-up.”

Klopp also offered an update on Adam Lallana, who is continuing his recovery from a thigh injury sustained shortly before the start of the season.

“Adam is close but didn’t train so far with the team. He will start next week so that’s good, and then hopefully he can have two proper training weeks and then he will be available. I think so,” the boss said.