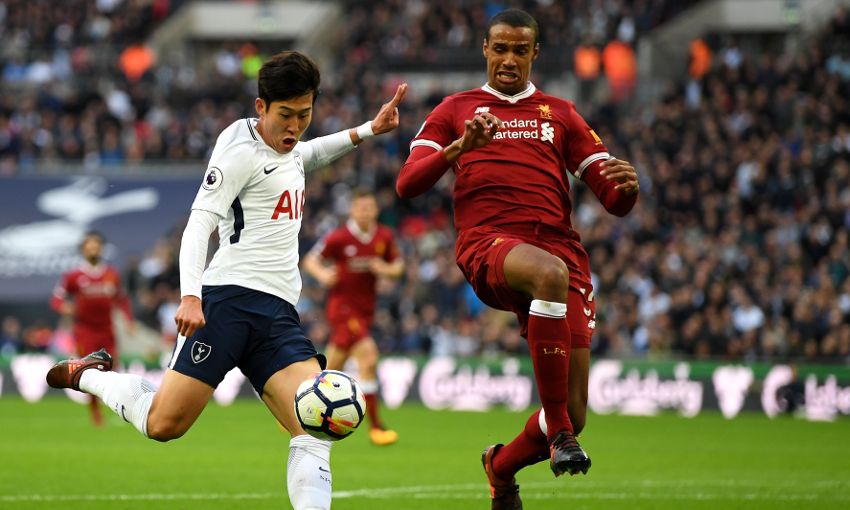 Henderson: It's up to us to put things right

Joel Matip took his share of personal responsibility after Liverpool suffered a sobering 4-1 defeat against Tottenham Hotspur on Sunday.

The centre-back was apologetic following the full-time whistle at Wembley, where the Reds’ ‘poor defending in all parts’ proved so costly according to Jürgen Klopp.

Matip admitted the susceptibility to conceding away from home simply has to stop – and pledged there will be a reaction from him and the rest of the team.

“It cannot go like this. It cannot be that we concede that many goals away. I’m a defender and I should take care of this,” the No.32 told Sky Sports.

“We gave them the opportunity. It was not that they played the perfect ball with our mistakes. We have to take care of them and have to stop them.”

Harry Kane and Heung-Min Son had put Spurs in command of the Premier League match - only for Mohamed Salah to provide a spark for Liverpool with a neat finish on the counter-attack.

But Dele Alli’s stoppage-time volley at the end of the first half paved the way for Kane to seal three points and deny any possibility of a comeback after the interval.

Again, Matip spoke of such a situation being unacceptable and the defender had to look for the most immediate opportunity to make amends, at home to Huddersfield Town on Saturday.

“They were the better team. We only came back for a short time [in the game] and that is not enough to win against Tottenham,” he added.

“We’ll try to strike back next week.”