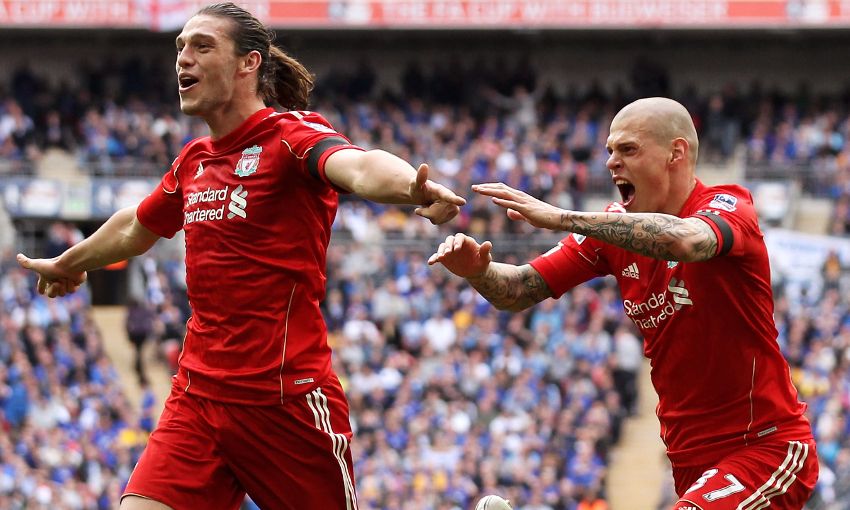 Following the departure of Roy Hodgson, Kenny Dalglish returned to Liverpool for a second spell as manager in January 2011. By the end of his first full season in charge, the Reds stood on the brink of a first FA Cup final for six years.

Old adversaries Everton and a tricky semi-final at Wembley barred the way.

The Blues had failed to even score in two league defeats to the Reds during the season, but David Moyes' side arrived in London as the team in form and took a 24th-minute lead when Nikica Jelavic capitalised on a defensive error.

With tens of thousands of nervous fans looking on from the stands, Dalglish's Liverpool found new conviction after the break and equalised when Luis Suarez converted from Sylvain Distin's misplaced backpass.

Then, with extra-time just minutes away, Andy Carroll rose to the big occasion, leaping above Marouane Fellaini to head in Craig Bellamy's free-kick. The Reds were in raptures and the Blues in despair.

"We put our supporters through it in every big game," defender Jamie Carragher said after the match. "It's not going our way and then we find a way to win. It's something in our DNA."