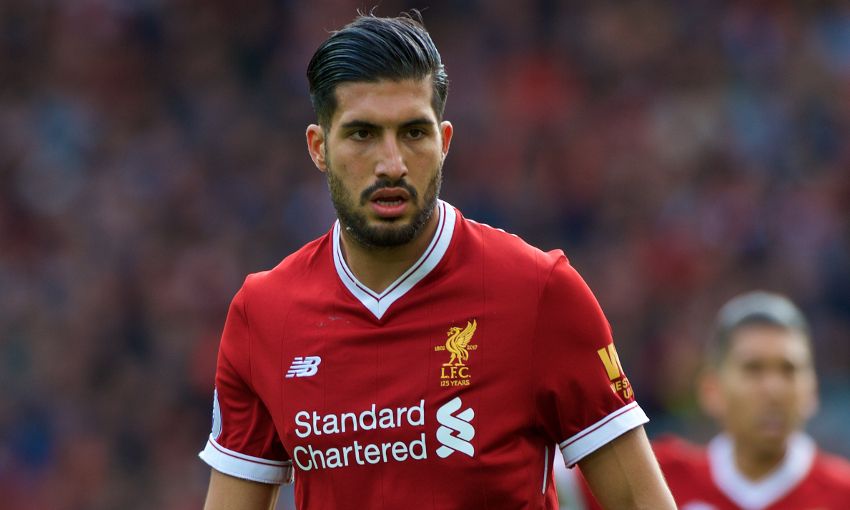 Liverpool must be fierce in the tackle and clinical in front of goal to claim victory over Manchester United on Saturday, according to Emre Can.

After a pause due to the international break, the Premier League season picks up again at Anfield this weekend with one of world football’s most-watched and keenly-fought fixtures.

In it, the Reds will seek to put the frustrations they felt before the intermission firmly behind them by returning to winning ways against their arch-rivals.

Can is certain Liverpool can do just that, in their first home match for four weeks – and noted the crucial areas where control should be asserted over Jose Mourinho’s charges.

“It’s for Liverpool the city, the fans and for us,” the Germany midfielder, who opened his account at international level last Sunday, told Liverpoolfc.com.

“It will be a very, very tough game because Manchester United have done very well this season so far. But we know we are strong too and we are really looking forward to the game.

“We have to be hard in the tackles, we have to try to dominate the game and score the goals when we create chances. We will see what happens.

LFCTV GO: Can on United clash

Jürgen Klopp’s side were especially disappointed by the manner in which potential wins remained draws in the meetings with Spartak Moscow and Newcastle United last time out.

Liverpool created enough opportunities to take maximum points from each of the two games but instead were left with one in both the Champions League and Premier League outings respectively.

Can admitted the international break perhaps arrived at a suitable time, therefore. “You can say that,” was the No.23’s assessment when the suggestion came.

“The last few weeks before the international break were not the best for us because we didn’t get the results we wanted. But it was not that bad – we played good football and in most of the games we dominated but couldn’t score.

“For everybody, it was not an easy time before the international break. But we have to all stick together and try to give our best on the pitch – then we will come back to winning ways.

“It’s just a small step, I think. We try, we play well and we create very good chances. We have to score the goals and if we do, we’ll be back on track.”