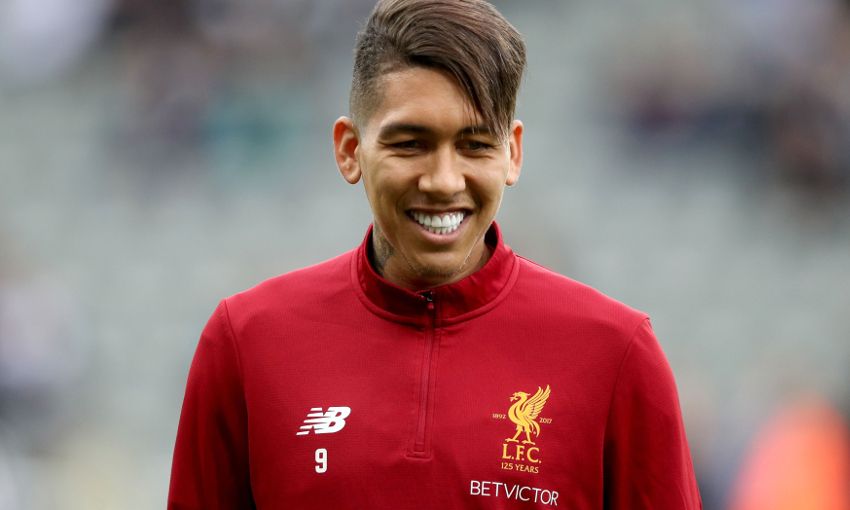 Roberto Firmino admits he was delighted to reach his Liverpool century recently – and is optimistic another 100 games for the club will bring silverware with it.

The Brazil forward achieved the milestone in the Champions League tie with Spartak Moscow in Russia last month, just over two years after arriving on Merseyside from Hoffenheim.

And asked about the prospect of playing another 100 times for the Reds, Firmino explained he has some clear objectives in mind.

He told Liverpoolfc.com: “It’s great for me. Ever since I received the proposal to come to Liverpool, I’ve been very happy. I never thought twice about coming to Liverpool.

“I am very happy here at Liverpool, it’s a very good club, at a very high level, a big club. I enjoy playing here and I am pretty happy to have reached my 100th game.

“I hope I can get another 100 games for Liverpool and to achieve a lot of good things; to win as many trophies as possible and achieve success.”

Since moving to Merseyside in July 2015, Firmino has established himself as an integral part of Liverpool’s first team, with 27 goals to his name to date.

However, the 26-year-old feels he has much more to offer.

Reflecting on his performances in his first 100 Liverpool games, he said: “I am pretty content because I am a person who demands a lot of himself; I always want more and nothing is ever ‘perfect’ for me.

“It’s great but it could be better. That’s always my kind of thinking – to keep wanting more.”