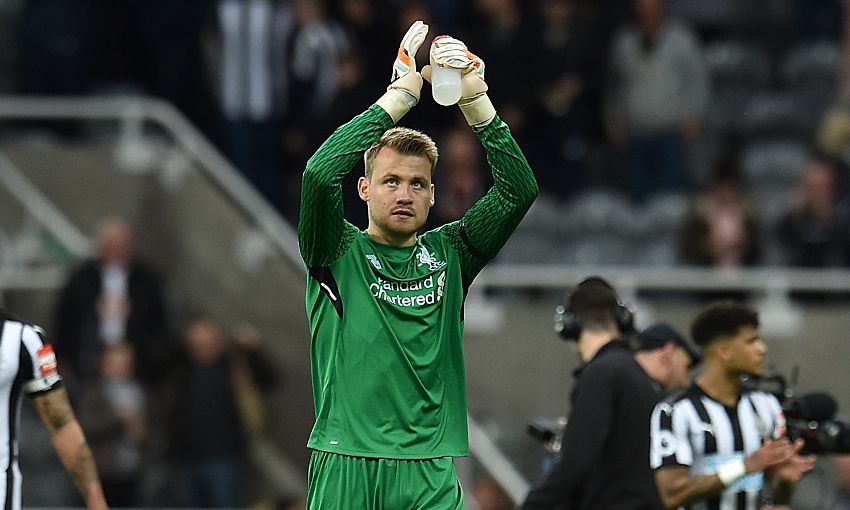 From Celtic dismay to Malia joy: Robertson's journey to Anfield

Simon Mignolet is confident Liverpool can begin to turn their performances into results again when Manchester United come to Anfield after the international break.

The Reds were forced to settle for a point at Newcastle United on Sunday, extending a frustrating run during the past month that has not reflected the team’s dominance in matches.

Philippe Coutinho had put the visitors ahead at St James’ Park with a precise finish from outside the area but fortune smiled on Joselu when he ran through and Joel Matip’s challenge knocked the ball off the Magpies striker, past Mignolet and into the far corner.

Liverpool failed to breach the home defence a second time and departed Tyneside disappointed – but that feeling will be translated into determination against United.

“If you come away with a 1-1 result, that’s obviously a disappointing feeling. You start to look at what you could have done better,” Mignolet told Liverpoolfc.com.

“I think we played well, we deserved to get the victory; we created chances. But it is how it is at this moment in time, we have to take it.

“It’s disappointing and frustrating but we have to keep looking forward, keep our heads up and make sure when we come back after the international break we go again against Manchester United, which is a big game and something to turn things right for us.

“Everybody will be away in another environment and when they come back we’ve got that one to look forward to.

“I’m sure everybody will be focused on their international duties now but when they are back they have a big game to look forward to. We will be ready for it.”

Matip had recovered well when Jonjo Shelvey slid a through ball between the No.32 and his centre-back partner Dejan Lovren, catching Joselu as he shaped to shoot.

But, instead of clearing the danger, his tackle diverted the ball beyond Mignolet to ultimately hand Rafael Benitez’s team a share of the spoils.

“He tried to recover it and still made a good challenge. Then sometimes you have to have a bit of luck,” said the goalkeeper.

The Reds were guilty of profligacy at the other end, too, and Mignolet insisted the players have to force their own fortune to turn results around.

“Those things can also go against you; when we’re creating chances, the ball never falls in front of us,” the Belgium international continued.

“But we have to battle through these moments and we have to keep working hard. At one point these balls will fall for us and we might score a lot of goals. At this moment in time, it is how it is.

“It’s not that we’re not playing well. I think we’re still playing good football and creating chances. We have to capitalise on them and be more efficient.”