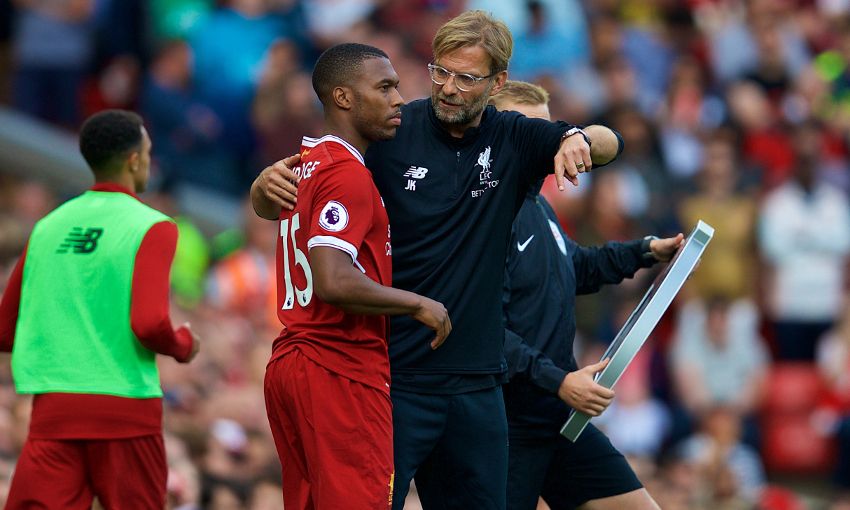 Jürgen Klopp explained that he has named Daniel Sturridge in the starting line-up at Newcastle United because it's 'his time'.

The No.15 leads the Liverpool attack at St James’ Park – his third Premier League start of the season.

“He did well in the training sessions and he had a big impact in the [Leicester] game when he came on. Now it’s time to let him off the leash from the beginning.”

The clash in the north east sees a reunion between the Reds and Rafael Benitez, the current Newcastle manager who was in charge at Anfield from 2004 to 2010.

But, according to Klopp, emotion will be irrelevant during the 90 minutes.

“It will be a hard and tough game, two good sides,” added the German.

“Rafa always organises his teams very well – they’re very disciplined. It is hard work but that’s the only reason we are here.”