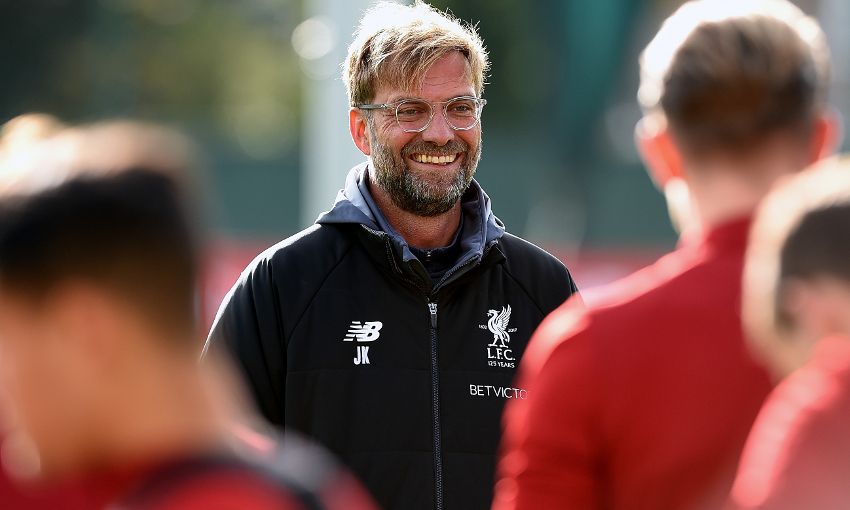 Jürgen Klopp admits the possibility of being able to select the attacking quartet of Philippe Coutinho, Roberto Firmino, Mohamed Salah and Sadio Mane in the same starting line-ups will give him plenty to ponder this season.

The foursome were fielded for the first time from the off in Tuesday’s 1-1 draw with Spartak Moscow in Russia, in which they helped fashion a series of chances although the Reds were unable to finish them off to clinch the three points.

Nevertheless, Klopp believes being able to name the four on his teamsheet will provide Liverpool with an “unbelievable threat”, but stressed they cannot decide matches on their own.

He told his pre-Newcastle press conference at Melwood: “I really don’t think this game [Spartak] is the game to judge this combination. It’s a likely and possible combination of the line-up.

“Obviously Sadio had nine or 10 days with no football game, so a little bit of lack of rhythm, still very good situations but not as good as he could be. That’s how it is after these kinds of breaks. Roberto, working unbelievably hard with good moments but a few unlucky moments.

“The big improvement of this team in the moment so far is that we really create a lot. We had a lot of talks in the last two years when we played against sides who are only defending and we don’t create enough.

“That has changed, that has changed and we’ve made a big step in this. So far it doesn’t lead to the results that we want, but in a few moments you cannot create bigger chances. We scored goals from much more difficult situations than the ones we’ve missed so far.

Coutinho was deployed in a deeper-lying midfield role on Tuesday evening, providing support to forward triumvirate Firmino, Mane and Salah.

The Brazilian got his name on the scoresheet for the second game in succession and Klopp is pleased with how he’s settled back into the starting line-up having missed the opening of the campaign due to a back issue.

“I was very pleased from the first second when he was back, how you can imagine,” said the manager. “We had no really idea how he would be after this injury break and then a few days with the national team. But then he came back and was in fantastic shape and is in really good shape.

“That’s good for us and the only thing that’s important. The team were really happy when he was back, nobody had any difficult discussions about why and what. That’s professional football, we are not non-league football anymore. There are offers for different players and that’s how it is. Sometimes people think about it and sometimes not, that’s absolutely normal.

“Being where you are with 100 per cent when the decisions are made, that’s the only way how life works and football is no different to that.