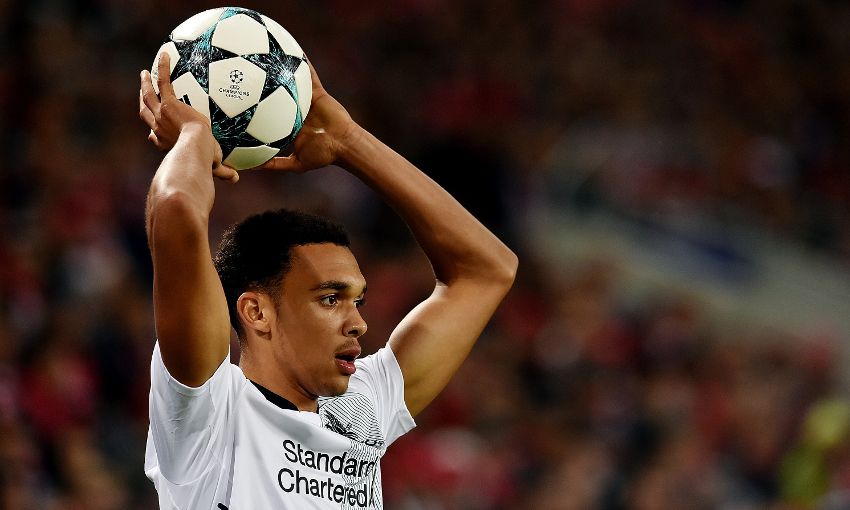 Liverpool flew home from Russia disappointed on Tuesday night but Trent Alexander-Arnold is certain their cutting edge will soon return.

The 1-1 result against Spartak Moscow in the Champions League did not tell the full story of a tie that the Reds controlled for lengthy periods.

Chances were created with regularity by the visitors but only one was scored – by Philippe Coutinho – after Fernando had put the home side ahead from a free-kick.

Alexander-Arnold admitted to frustration with the failure to find a winning goal, though the defender backed Jürgen Klopp’s team to rediscover their flowing best in the near future.

“Each game, we’re getting better and stronger – you can see that in our performances,” he told Liverpoolfc.com in Moscow.

Watch: The draw in Russia in 90 seconds

“It’s just the goals that are missing at the moment but with time they’ll come and we’ll get better and better.

“We created a lot more chances than they did and had a lot more shots. We just couldn’t get that second goal. We’re disappointed going home.”

A hectic run of fixtures will come to a conclusion on Sunday, when Liverpool meet Rafael Benitez’s Newcastle United in the Premier League.

With a fortnight’s break to follow that encounter, as players head off to represent their countries, Klopp’s charges are eager to build on their previous outing in the division – a 3-2 success at Leicester City.

And Alexander-Arnold has no doubt about the potential of this group to hit form.

“It’s just before the international break so we’ll try to go into that with three points,” said the No.66. “We’ll keep fighting every week to try to get as many points as we can in every competition we play in.

“We’ve got the quality in the team to keep going and keep getting better. Everyone is improving with every game and soon we’ll be a force.”