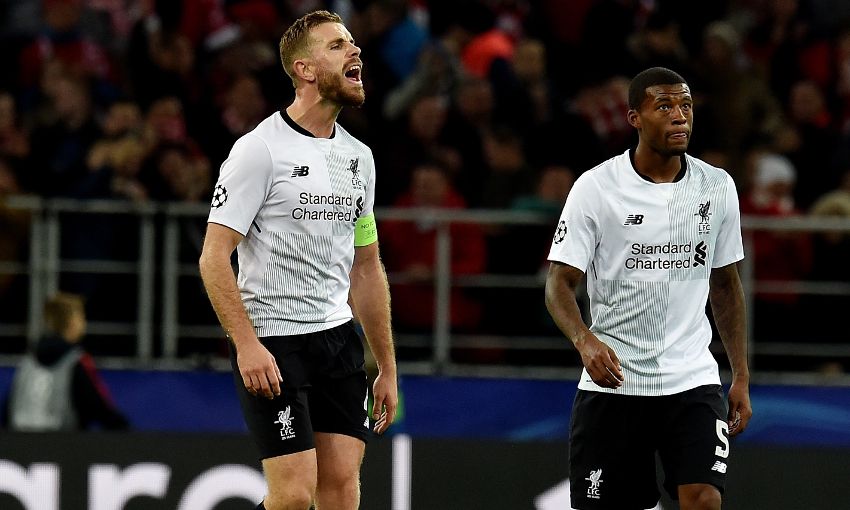 Liverpool must be more ruthless when they dominate matches in the way they did against Spartak Moscow, admitted Jordan Henderson.

Though the Russian side took the lead midway through the Champions League Group E tie on Tuesday night, the Reds were on top for the majority of the encounter and created a plethora of clear opportunities right into stoppage-time.

Philippe Coutinho took one, having broken free in the box from a one-two with Sadio Mane and coolly finished, but Jürgen Klopp’s team could not find a winner.

“We’ve got to make sure we don’t give goals away, first and foremost, and then the worst-case scenario is it would be 1-0 to us. We’ve got to just keep going.

“On another day, it could have been three or four. We could have had a penalty as well on Salah. Overall, the performance was decent but not enough to win the game.”

Spartak were content to soak up pressure on the evening in an effort to frustrate Liverpool, but Henderson insisted it is on the players to force the issue against stubborn opposition.

“That’s football, you’re going to come up against that and you’ve got to manage the game,” the captain added.

“I thought we defended well for the majority of the game and created chances – but we’ve just got to finish teams off and be more ruthless.”