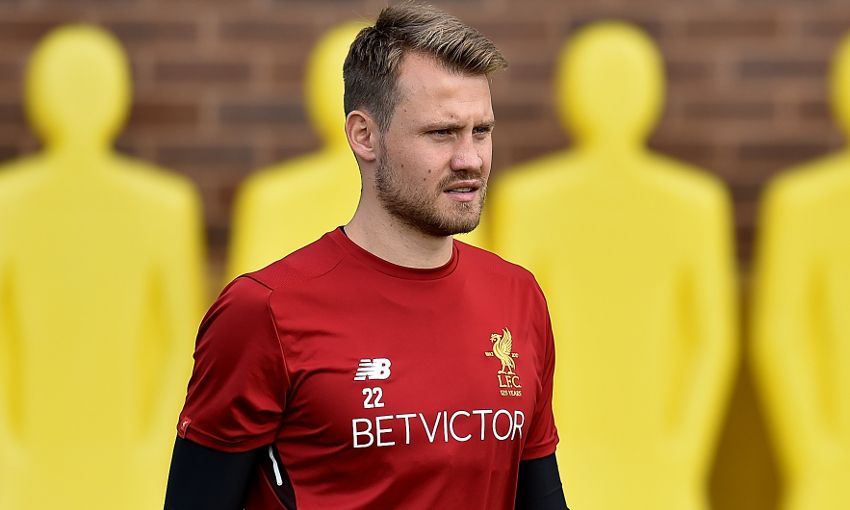 Simon Mignolet will return to the Liverpool goal against Burnley on Saturday.

The Belgium international was on the bench for the Champions League clash with Sevilla in midweek as Loris Karius took up duties between the posts for Jürgen Klopp’s side.

But Mignolet is set to resume his position for the Premier League meeting with the Clarets according to the manager, who explained the goalkeeping situation at his pre-match news conference.

“Of course,” said Klopp when asked if the No.22 will play tomorrow.

“That’s how it is. The easiest thing is for me because I’m the boss, I can decide things like this and players have to take it.

“If you ask a goalkeeper, ‘What do you think if I play Loris next game?’ and he says ‘That’s a good idea, I already wanted to come into your office and ask you for that’, something would be really wrong.

“I have said it: we need strong goalkeepers. We cannot every year find a new No.2 or No.3 or whatever and say ‘OK, now they are too young to want to play them but they are cool enough to sit on the bench the whole season, or they are that old that they don’t want to play anymore but if we need them they have to perform on the highest level.’

“We have young goalkeepers in the best age and they all are ready to play, all of them. So we have to use this situation for the good of the club and the team. That’s how it is and they take it.”

“There will be other games, like the last one in the Champions League, where Loris Karius plays. Because he played against Arsenal, I think he was really ready and he played really well.

“Obviously the crowd needs to get a little bit used to his style of play but this is modern football; he takes the ball and he has cool build-up. I can’t remember one mistake, so he is in good shape and is a good goalkeeper – good for us, that’s all.”