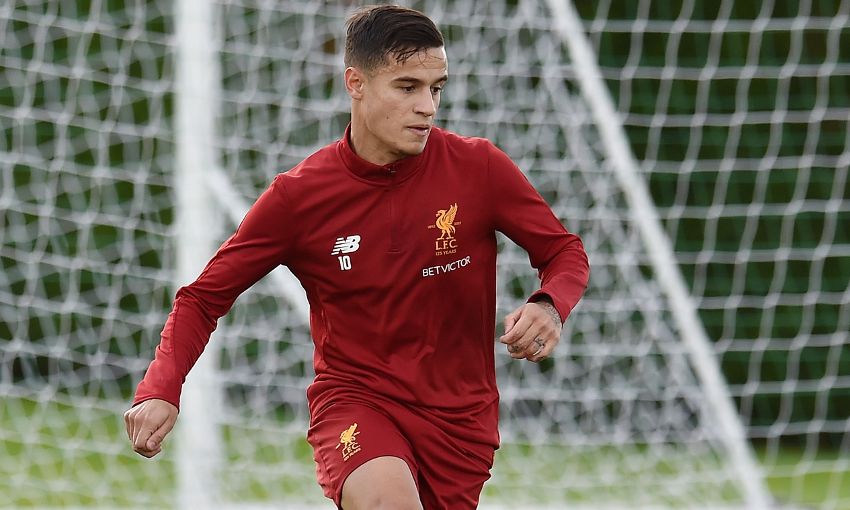 Jürgen Klopp has confirmed Philippe Coutinho is in contention to start Saturday’s Premier League clash with Burnley at Anfield.

The playmaker made his first appearance of 2017-18 for the Reds as a second-half substitute against Sevilla on Wednesday evening.

And with Sadio Mane suspended for the visit of the Clarets, Klopp is confident Coutinho’s fitness is at the required level for him to be considered for a berth in his XI.

The manager told his pre-match press conference: “You can build up and get minutes when you start.

“It’s not the moment where I talk about the line-up of tomorrow, but he should be ready.

“It was really nice how the crowd welcomed him [against Sevilla]. Nobody was 100 per cent sure about this, but I am really happy that we were, as a Liverpool family, sensitive enough to do it exactly like this. I think it was good for him.

“How I’ve said, he has trained outstanding in the few sessions we’ve had so far together since he was back.

“The game was not perfect of course, but that’s how it is after a long break. It helped him and helped us and for sure he is ready [for us] to think about.”