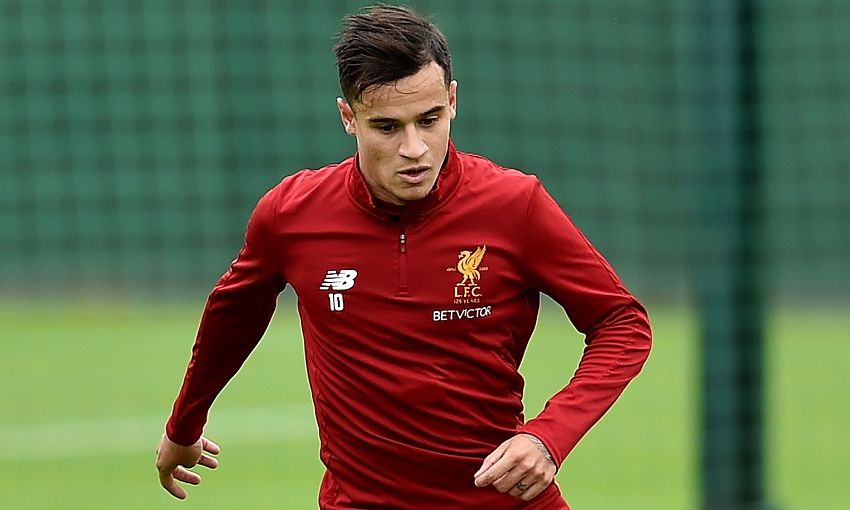 Jürgen Klopp has confirmed Philippe Coutinho will not be included in Liverpool's squad for Saturday's Premier League clash with Manchester City.

The playmaker returned to Melwood on Thursday following international duty with Brazil and trained with his teammates ahead of the trip to the Etihad Stadium.

However, due to the back injury that ruled him out of the Reds’ first five fixtures of 2017-18, Coutinho will be afforded extra time to work on his fitness before being reconsidered for selection.

Klopp told his pre-match conference: “Phil came back the day before yesterday, but like Roberto, we sent them immediately home to get a few hours of sleep. We tried everything to organise as good as possible, as comfortable as possible, which is quite difficult in a week like this.

“But, I had to make the decision; it was so clear, we have seven games in the next three weeks. There will never be time to train, so we had this conversation. Before he went to Brazil, he couldn’t train for around about three weeks and that means we have to try to prepare him for the rest of the season and that’s quite difficult with our fixtures and our schedule.

“I decided to leave him out of the squad for City so we can use these four or five days for real and proper training. We got all the numbers from the Brazilian FA around the training and the intensity of training, it was all OK, but he played twice around about 15 or 20 minutes. He could have played 15 or 20 minutes again in the City game, maybe longer, but I think it makes sense [for him to train]. And by the way, he agreed completely; it was not that he said ‘No, I don’t need training, I want to play’ or whatever. It was a good conversation.”