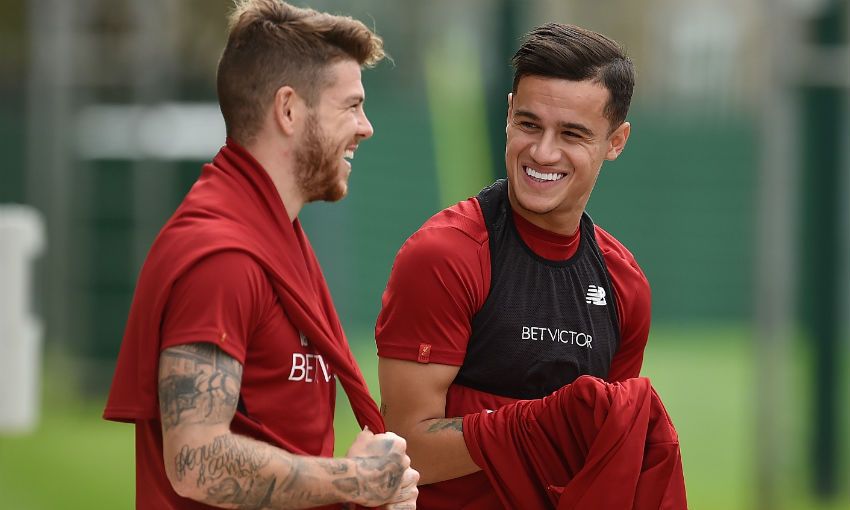 Jürgen Klopp has confirmed that Philippe Coutinho has returned from international duty 'fit and healthy', but the Liverpool No.10 requires more time to get up to full speed having played just 45 minutes of competitive football this season.

Coutinho reported to the Reds’ training facility on Thursday morning after flying back from South America with compatriot and club-mate Roberto Firmino following Brazil’s draw with Colombia on Tuesday.

The 25-year-old came off the bench for the final 15 minutes of that match, which took place a few days after he scored as a second-half substitute in his country’s 2-0 victory over Ecuador.

However, with Coutinho having missed Liverpool’s first five games of the season due to a back injury, Klopp is keen to avoid rushing his return to action.

During a wide-ranging interview with Liverpoolfc.com at Melwood on Thursday, the manager was asked about the condition of Coutinho and Firmino following their lengthy journey back to Merseyside.

“Roberto played in the second game a little bit longer, but both are fit so that’s cool, they’re healthy so now we have to see.

“It’s of course different because Phil, I know what people think, but Phil had the back problem a few weeks ago and couldn’t train so that means he missed around about three weeks.

“Yes, he went to the national team and trained normally, but now we have to prepare for a normal season so we have seven games [before the next international break] and we saw training this morning and thought ‘OK, maybe we should use him immediately’ because he was really good, but that doesn’t make sense.

“We have now to continue with the pre-season, not too long, but in a few sessions we have to give ourselves the time because in the next month we have seven games.

“We always have the same decision to make, ‘does he need training or can he play?’ and all that stuff. Yes, he will now do a little bit more than the other boys but he showed up in a very, very good mood and looks really promising.”

Klopp also confirmed that he had spoken personally with Coutinho upon his return to Melwood.

“Of course - all good, all good. Nothing else to say, actually, so he’s back and we had a really good conversation, so good,” he stated.

Read more from Klopp on the fitness of the rest of Liverpool’s international contingent here.

On Friday morning, Liverpoolfc.com will bring you the manager’s views on Ben Woodburn, his England U21 players and Saturday’s clash with Manchester City.