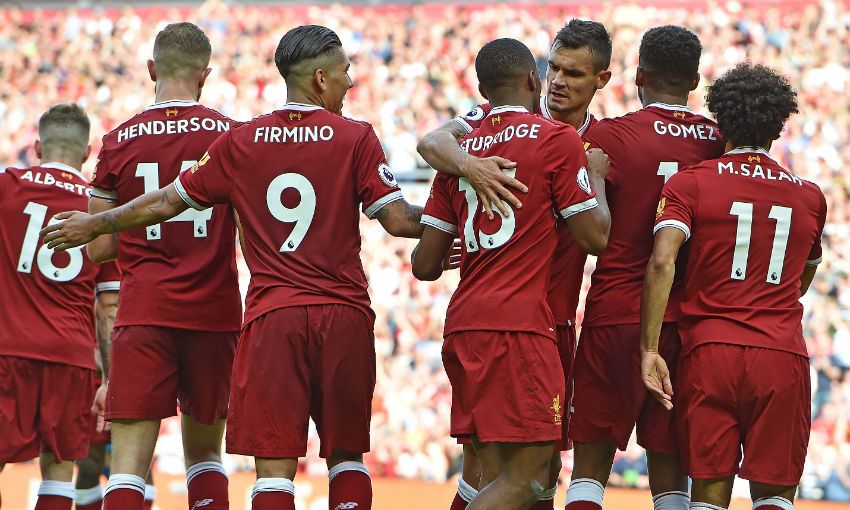 Jürgen Klopp has cited familiarity and hard work as crucial factors behind Liverpool's ability to produce performances of the quality that saw Arsenal swept aside at Anfield.

A breathtaking team display enabled the Reds to defeat the Gunners 4-0 on Sunday, with Roberto Firmino, Sadio Mane, Mohamed Salah and Daniel Sturridge getting on the scoresheet.

With the majority of Liverpool’s first-team squad members being in their 20s, Klopp believes there is still plenty more to come from his players in the years ahead.

However, the boss is also aware of the need to deliver in the present - and he believes the effort being put in on a daily basis at Melwood is helping his side do just that.

“I’m really optimistic about the future… [but] we know we have to be ready now,” Klopp told Liverpoolfc.com following the win over Arsenal.

“But yes, like I’ve said a few times, we want to build a squad and actually keep the squad and work together. A few things today were that good because most of the players have worked together already for a year.

“That doesn’t mean it always works, but I saw these situations - passing here, passing there, the crosses from the half-space [from] Hendo, Emre [arriving at the] second post area in the box, things like this.

“That’s football, but if you have to tell a player ‘look, if we have the ball there, cross it, and if you see him with the ball there, run’, that’s what we did 500 times.

“But if you have to do it again and again and again, you miss out on other things. If you’re longer together, you can rely on movements which you know about, what will happen in different situations.

“And then [we made] a little add-on with Mo Salah, and Joe [Gomez], for example, today he made an outstanding good performance.

“What I have to say is that it was a summary of 11 outstanding good performances and with attitude, bringing together, working hard, really hard, then we can play football.”