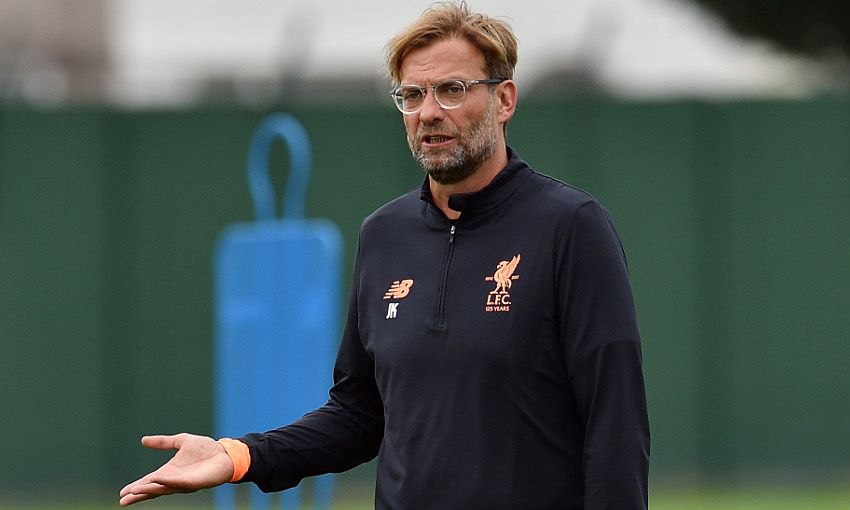 As Liverpool look to book a place in the group stage of the Champions League this evening by overcoming Hoffenheim at Anfield, Jürgen Klopp has spoken of his belief that his side have demonstrated their capabilities in dealing with pressure.

The Reds hold a 2-1 lead over the Bundesliga club from last week’s initial encounter in Germany as they aim to secure a berth in Thursday’s draw.

Klopp acknowledges the significance of the encounter, but is adamant his players have what it takes to handle the added magnitude that comes with it.

Writing in his programme notes in ‘This is Anfield’, the boss said: “Tonight is important for us; there is no escaping that and I wouldn't for one second want to pretend otherwise. It is important because it presents opportunity and it is an opportunity we have all earned through hard work and endeavour. The same is true of Hoffenheim, by the way.

“Yes, there was pressure, and yes, there is pressure tonight. But it is positive pressure. These players have shown that they have what it takes to absorb the pressure and produce.

“It is very similar tonight. We have a lead. It is a lead we have earned by playing very well against a very, very good opponent in Hoffenheim. But it is a lead that will ultimately mean nothing if we don't embrace what tonight is all about and finish the job.

“These players have proved that when faced with a big task they grow. They have grown as individuals and as a group. We have grown together. But we are still at a very early stage of our development. Each day presents them with new challenges and fences to jump over.”