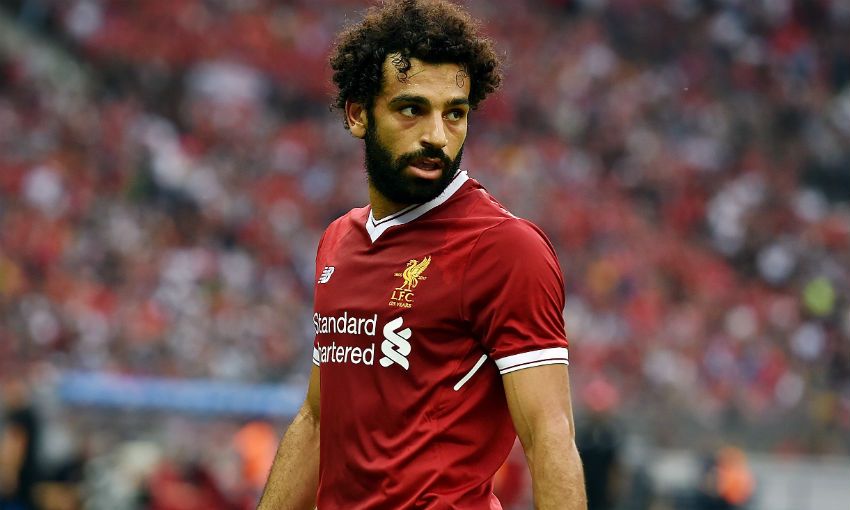 Egypt international forward Salah, who moved to Anfield from AS Roma in June, enjoyed an impressive pre-season with his new club, scoring four times in six friendly appearances for the Reds.

With the No.11 in line to make his competitive debut for Liverpool in Saturday’s Premier League opener against Watford, Klopp offered an insight into what he expects Salah to bring to his team in the coming campaign.

“First of all, what everybody can see - all his skills. Speed and technical ability, finishing ability, a lot of things. He really showed up from the first day,” the boss told reporters on the eve of the trip to Vicarage Road.

“A few of these skills are really natural, that makes it easier for him to involve them in the game. I spoke to him a few times, of course, but not in the early part of pre-season. I didn’t immediately start telling him what I want to see from him in play, then we could talk about what I saw and it was really good.

“A lot of things, in how we defend and how we need him to be involved in different situations [he will learn], but offensively it’s natural - that’s really cool and we want to keep that, that’s how it is.”

Salah’s blistering pace has been evident throughout pre-season, and Klopp explained how this particular attribute will make his team more potent going forward.

“It makes us more difficult to defend [against] because speed is the most difficult-to-defend thing in football, because it creates spaces for all the rest. Just the threat of speed opens spaces in different areas and we need to use them, for sure,” he said.

“It’s not about giving him the ball [and saying] run and do something, it’s about what happens when he’s running, what happens to the formation of the opponent: ‘Can we play the ball there? Or should we use the space he creates with this run?’

“That makes football, for us, more interesting because there’s different gaps and actually when Sadio’s on the pitch [too] then we have it on two wings, if you want, and that’s another good thing.

“So it’s how we try to develop now our game and hopefully we can see it already at Watford.”