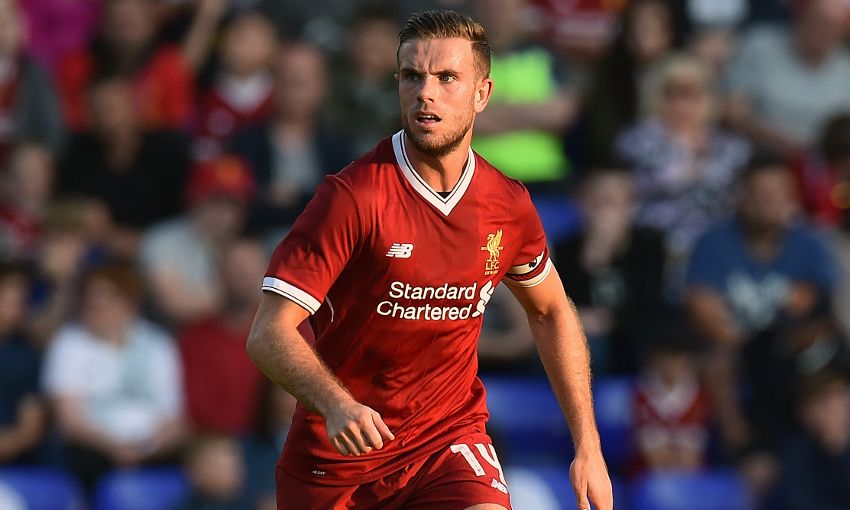 The Liverpool captain started the friendly at Prenton Park on Wednesday night as a 4-0 victory was secured, in his first appearance since February after injury.

Klopp made 10 changes at the interval, with only Loris Karius remaining when the side emerged for the second half, and was rewarded with confident performances throughout.

"That’s the aim," Henderson told Liverpoolfc.com after the final whistle.

"You give it everything for 45 minutes and give everyone a runout to try and get fit and get minutes on the pitch and show the manager what they are capable of.

"Everybody enjoyed it and we are looking forward to the next game on Friday.

"Pre-season is very important for all the lads coming back in from their holidays. We have started really well in training and in the game. It’s a good start for us."

On a personal level, a five-month wait to pull on the Liverpool shirt again came to a satisfying end for Henderson at Tranmere.

"It was nice to be back on the pitch and being in front of a crowd with the kit on," said the midfielder.

"I’ve been looking forward to this for a long time now, all summer really, so it’s good to finally be out on the pitch and playing with the lads."

The win in Birkenhead is merely the first small step in what everyone connected to Liverpool hopes will be a long and successful season, of course.

Having the skipper back among the ranks can only benefit the squad, though the man himself feels the mentality of his teammates is in the right place already.

"Not only my role but a lot of the other senior lads will be driving the team forward and we will be expecting [the same] in every training session, every game," he added.

"But we’ve got a good set of lads who want to work hard and I’m sure we will work very hard over the next few weeks and we will be ready for the first game of the season."

Next up in pre-season is a trip to Wigan Athletic on Friday night. Click here for details on how to watch the game live on LFCTV and LFCTV GO.