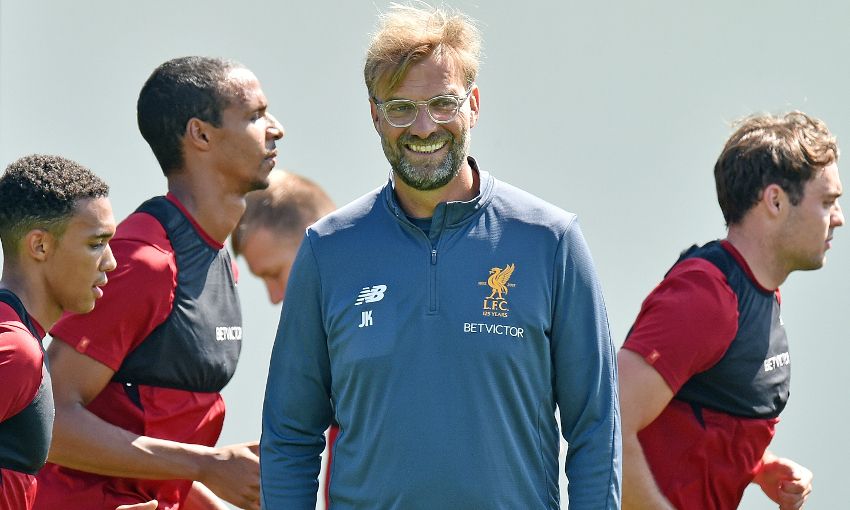 Jürgen Klopp expects to give most of his Liverpool squad a runout at Tranmere Rovers tomorrow evening, but he has yet to decide on his line-up for their first pre-season friendly of the summer.

The Reds will make the short journey through the Mersey tunnel to contest their opening fixture of their 2017-18 preparations.

Asked whether he’d finalised his starting XI, Klopp told Liverpoolfc.com: “No, not in detail because I didn’t think about it – why should I? We had a running session on Tuesday and that’s good because we needed to do this because every day we’ve trained twice.

“On Wednesday morning I will make the line-up, but everyone who can run, if you like, will play! So that’s what we will try to do, we have a nice and big group at the moment. Little problems here, little problems there, but not too much so far.”

He added: “We have more than 20 players at the moment and even more goalkeepers, but I don’t know who will start tomorrow. It’s not that important for me so much, but whoever comes to Tranmere we will see pretty much all of them that are available.”

Two players who won’t be involved are Adam Lallana and Philippe Coutinho, who returned to Melwood on Tuesday morning to begin pre-season training.

The duo have an outside chance of figuring against Wigan Athletic on Friday night, but will certainly take part in the Premier League Asia Trophy fixtures in Hong Kong next week.

Klopp said: “It was good to see them – they looked well recovered, I would say! Adam’s hair has grown a little bit again… I hadn’t seen him for six or seven weeks. Phil looks good also, so it’s always good – an outstanding player and having him not around feels a little bit strange, but having him around feels much better!

“Pretty much all of the players will play at Tranmere. Of course, not Adam and Phil – they only arrived on Tuesday and they have to train now, then we will see how far they are before the game at Wigan. It is not even sure we will try this, so then for sure in Asia they will be a part of the line-up.” 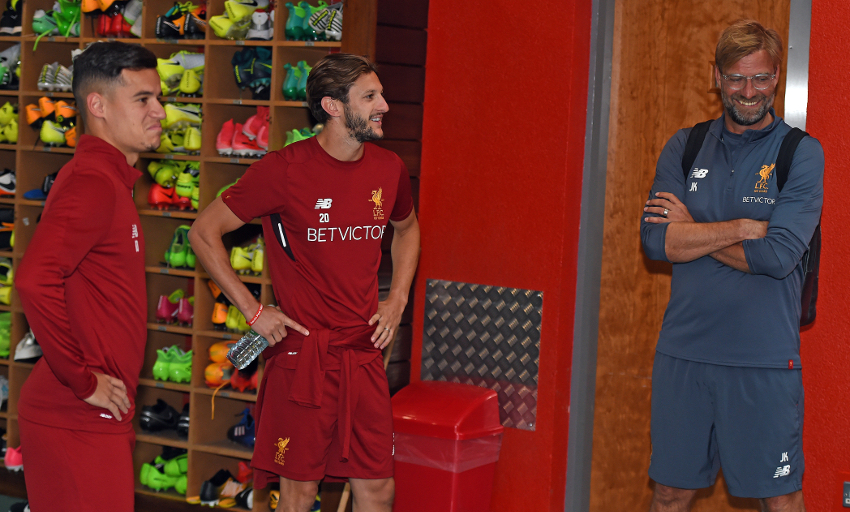 Tuesday marked the seventh day of Liverpool’s pre-season programme, which began last Wednesday and has involved mainly double sessions as Klopp and his backroom team look to get the squad into peak condition.

“It’s been good,” the manager said of his side’s preparations so far. “You saw since today we’ve had a nice and big training group, and of course that’s not the final squad – that’s clear – but all good so far.

“The testing was good and the boys came back really fit, they did what they had to do and I like this. I know in this world I had to say this even if it was not like this because everything else would create big stories, but the nice thing is it is the truth. They really came back in good shape, so we started from a good point.

“Adapting to this intensity again is always a challenge for all of us, but it’s worked out well so far. Now we have the first game and that’s a nice thing because it’s why we all do it – to play the games at some point. I thought one week without a game made sense and now we can go to Tranmere and play there.”