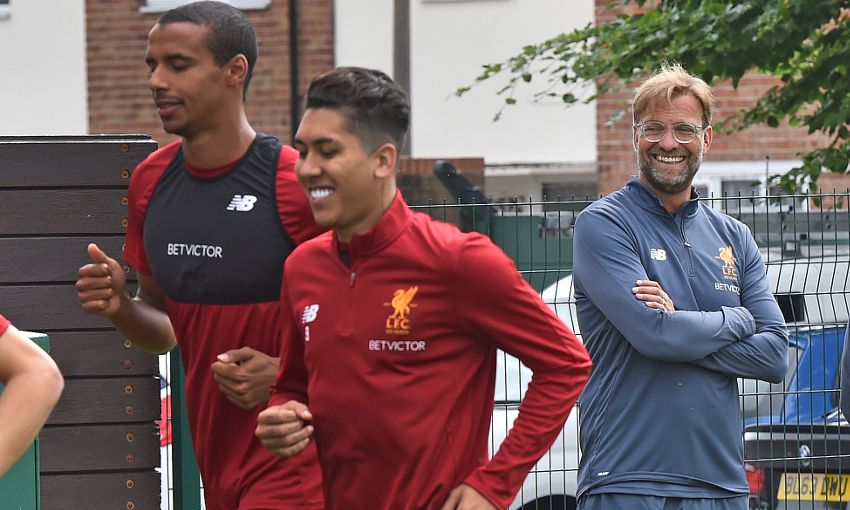 Jürgen Klopp has returned to Melwood brimming with 'real optimism' as Liverpool take the first step for 2017-18 by beginning pre-season training.

The manager and a group of 22 players reconvened at their base on Wednesday morning to kick off preparations for the upcoming campaign.

Physical tests were on the agenda following the summer break, but Klopp did not need long to judge that his squad are raring to go – and build on last term’s fourth-place finish.

“It was a wonderful rest for all of us, absolutely deserved,” the German told Liverpoolfc.com at the training ground.

“I saw the boys this morning and I saw in their faces that they’re ready to go. So I’m ready to go. It’s cool.

“Of course, it’s not what they love most, it’s kind of a weird relationship [with pre-season] – you don’t want to do it but you know it’s necessary so you do it. You feel bad before and you feel perfect afterwards.

“It’s the first step done. It’s good. It’s important for us to know from which point we can pick them in the next few weeks. They all look pretty much in a good shape.”

More players will reconnect with the team at later dates, including the likes of new signing Mohamed Salah, Philippe Coutinho, Adam Lallana, Emre Can, Dejan Lovren, Simon Mignolet and Georginio Wijnaldum, as a result of their recent international commitments.

Klopp explained why he has been in touch with all of them during the summer.

“The players with international games are not here and if they have two weeks off, I don’t call. It’s a holiday,” said the boss.

“But when the training starts again and they have to do the plan, then we are always in contact. They have to send me messages after they did their session.

“All the players with international games, we were always in contact – because it’s important how they feel before and after the game. It’s not really work for me, I’m interested in it. I’ve had contact with all of them.”

A carefully designed pre-season programme awaits Liverpool in the coming weeks, with eight friendlies arranged and trips to Hong Kong, Germany and the Republic of Ireland ahead.

All of their work is planned to have the players in ideal condition for the opening weekend of the Premier League season and the crucial Champions League play-off in August.

And the manager believes it’s possible to carry the momentum of the final games of 2016-17 straight into the new campaign.

Klopp added: “We all know in a few weeks we have these qualifiers and there will be pressure on the game.

“We are now one of the top four teams in England last season, so now we want to keep this situation and work with it and improve.

“The squad will be stronger this year than it was last year. That’s a real reason for real optimism.”