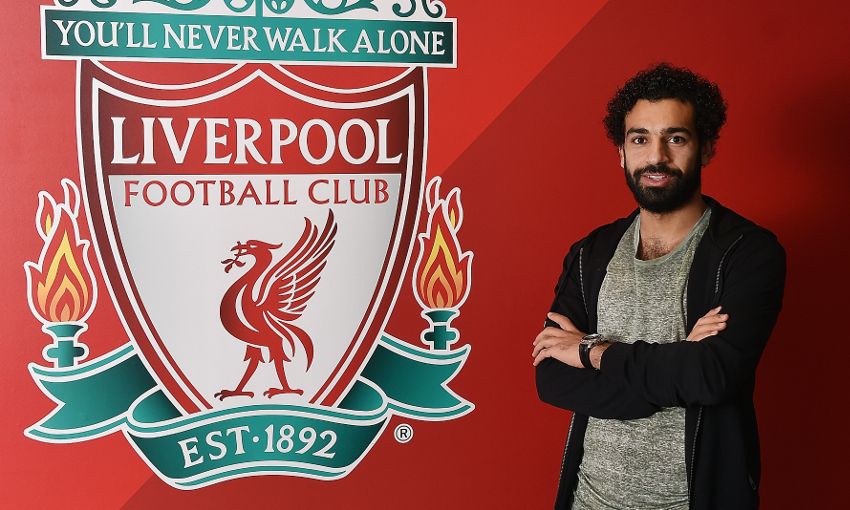 Liverpool have signed a world-class star in the making by recruiting Mohamed Salah from AS Roma, according to one writer who tracked his progress with the Italian club.

John Solano, editor of AS Roma Press, believes the Egypt international is ‘teetering on greatness’ after maturing into a devastating forward during his time in Serie A.

Salah notched 29 goals in 65 league games for Roma, the kind of clinical numbers that prompted the Reds to swoop and tie up a deal for the 25-year-old to officially join on July 1.

Once the confirmation of the transfer was announced on Thursday evening, we spoke to Solano for an expert view on what Liverpool can expect from their new No.11.

Read on for his exciting assessment…

What can Liverpool fans expect from Salah?

They can expect a very exciting player. He is very explosive, extremely dynamic. He adds something to the attack that many teams lack. He is a great finisher and he is fantastic on the counter-attack. One thing that I think is often overlooked is that he is extremely helpful in defence. One thing that Roma do a lot of is pressing on the ball very heavily, and this will go perfectly with Klopp’s brand of football, that heavy pressing. Salah is absolutely built for that.

What are his strongest qualities?

Absolutely his pace – blistering pace. Which is something that can transfer to every league in the world. That is one thing that I think Liverpool fans should absolutely expect to see on display with him. He was probably the fastest attacker, out and out, in Italy, which makes him extremely dangerous on the counter.

LFCTV GO: The inside story of Salah's signing

He can play in various roles across the attack. Where do you feel he was most dangerous for Roma?

Certainly on the right wing – that allows him to go up and down on the flank. He is left-footed so when he’s able to go up and down that right flank, he’s able to cut in and shoot with his left foot, which is obviously his favourite foot. It made him extremely dangerous in the final third. You mix his speed with his ability to evade defenders – he was fantastic on the right. I hope to see him deployed in that manner with Liverpool.

In what ways do you feel he has improved his game in the last few years?

He is certainly more mature. We saw a player who was a bit unsure of himself with Chelsea and even a bit with Fiorentina. Often he would not make the most of his opportunities, particularly in the final third. Now, he wants the ball in the final third, he wants to have the ball at his feet, he’s much more poised in the area and he’s much more deadly in the area. He makes teams pay when they give him chances in the box, which is something that we did not see so much with Chelsea and even a bit with Fiorentina. With Roma, that has vastly improved. He is making teams pay for allowing him space and he has done a fantastic job at it.

Do you think there is even more improvement to come from him?

Absolutely. There were chances he would miss that you would expect him to take advantage of. His goal tally for Roma last season was fairly high and it could have been a lot more. So I certainly think in the opportunities for him, being a better finisher is one of them. His goal rate with Roma was fantastic so if he can build upon that – which I think he is certainly capable of – he can take the leap from going from the great player which he is now to world-class. 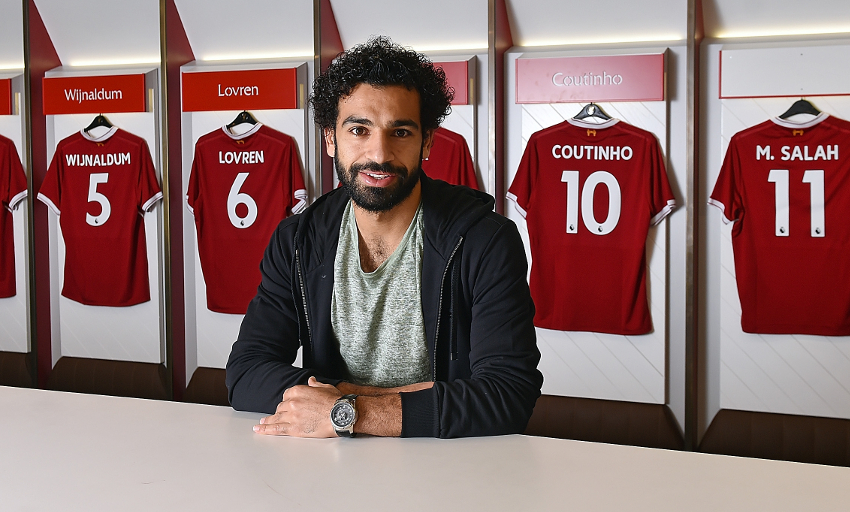 Tell us something that Liverpool fans might not know about Salah…

One thing is that people view him as a pure winger and I think his ability to play in several roles across the attack is often overlooked. He played in a two-striker system and he was even a false nine at times. He proved to be extremely valuable, especially in his first season at Roma when Edin Dzeko was having his problems in attack – he was not having a very good season and he was not scoring. One of the things that Roma manager Luciano Spalletti did was he moved Salah across the attack: sometimes central, sometimes on the left and sometimes on the right. That’s something that’s often overlooked – to have a player who can be deployed anywhere across the attack. On paper it might say he is a right winger but he is absolutely comfortable in any position across the attack.

What’s the general consensus among Roma supporters? Are they sad to have lost him?

What can Liverpool fans look forward to most with Salah?

I absolutely think they are getting a player who is teetering on greatness, borderline world-class. I think he is at the point where he is ready to break out and become a star. He has all the qualities you would look for – he is very professional and extremely hard-working. He has the ability to gain more in his game and he has the ability to improve. If he does that, he’ll be one of the best players at Liverpool. He has obviously got a great manager at the helm who can help him improve. I think Liverpool fans are in for a real treat with Mohamed Salah. He is a fantastic player and an absolute star.